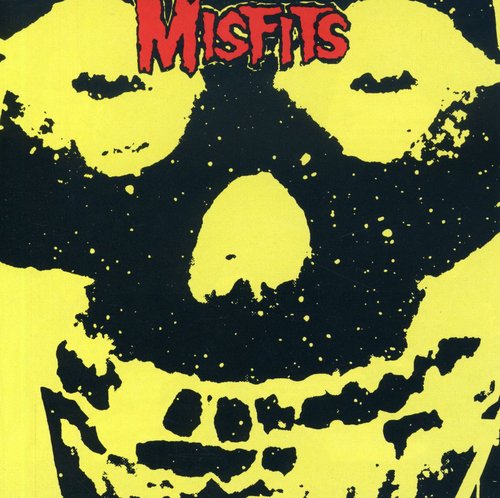 ''The Misfits'' box set is a box set of material by the horror punk band the Misfits, released in 1996 by Caroline Records. Packaged in a coffin-shaped, velvet-lined box, the set includes four compact discs covering most of the band's recorded material from the years when Glenn Danzig was their singer and songwriter. It also includes a "Fiend Club" pin and a booklet containing photographs, song lyrics, a discography, and a history of the band written by their photographer and associate Eerie Von. The exterior cover of the booklet was illustrated by artist Dave McKean.

The four CDs of the set include almost all of the material written and recorded by the Misfits between 1977 and 1983. The first disc includes tracks from the compilation albums ''Misfits'' (1986 - referred to in this set as ''Collection I'') and ''Collection II'' (1995). The second disc includes another compilation, ''Legacy of Brutality'' (1985), as well as the albums ''Evilive'' (1987) and ''Earth A.D./Wolfs Blood'' (1983). The third disc is composed of tracks recorded during the band's studio sessions, some of which had previously released on the "Bullet" and "Night of the Living Dead" singles but most of which had never before been released. The fourth disc comprises the ''Static Age'' album, which had been recorded in 1978 but had never before been released in its entirety.

The album ''Walk Among Us'' (1982) was not included in the box set, as it was the only album to which Caroline Records did not hold distribution rights. Additionally the set omits three tracks from the ''Static Age'' sessions which had been recorded but were never mixed: "She", "Spinal Remains", and "In the Doorway". These tracks were mixed and included with ''Static Age'' when it was released as a separate album in 1997. - Wikipedia