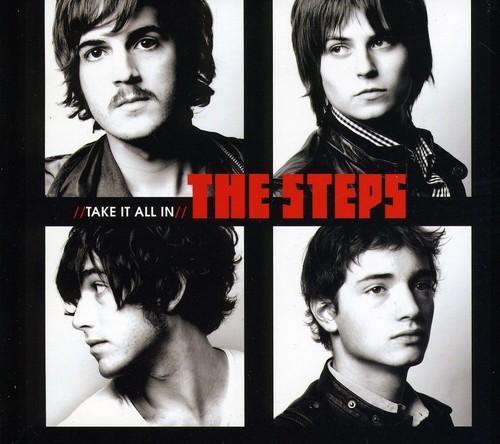 Take It All In
Artist: Steps
Format: CD
New: OUT OF STOCK. Contact us for availability!
Wish

Taking their amps from the garage to suburban rooftops and downtown bridges, the brash four of the Steps demand to be heard. Invoking the spirit of Britpop, their sound is laden with a rich musical heritage that fuses styles of Proto-Punk and modern Glam-Rock. Launched by a strong Texas following, the band has shared the stage with Bob Dylan, the Raconteurs, and the Black Keys at major festivals Austin City Limits, North American Music Union in Pittsburgh, and South by Southwest. Take It All In, produced by Chris "Frenchie" Smith, distills the band's '60s influenced Garage Rock to it's most potent and frenetic form.