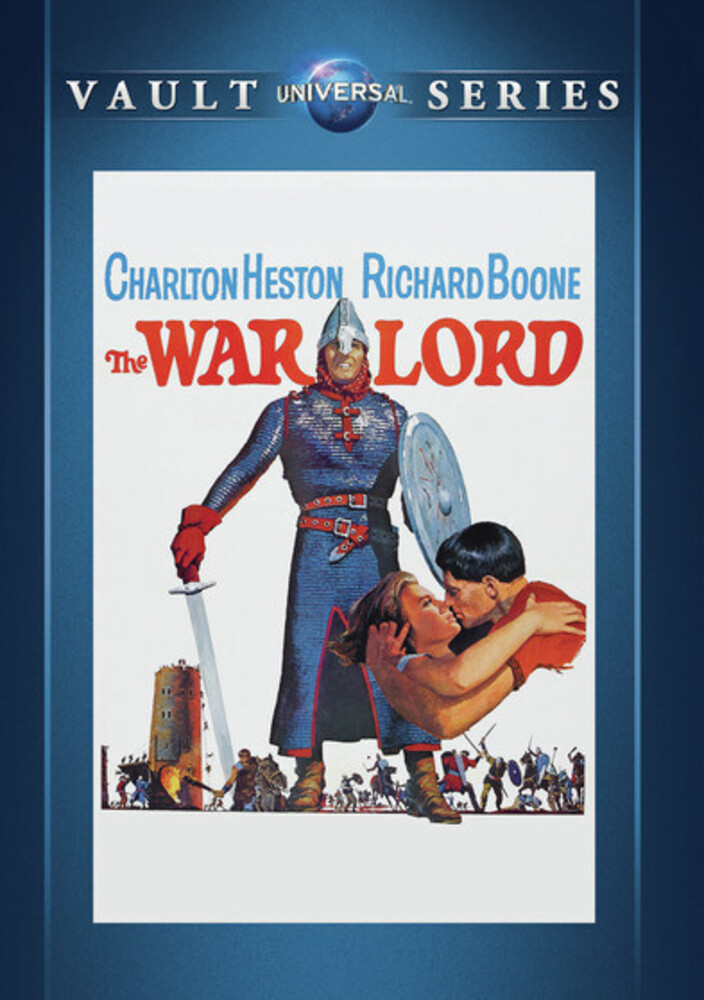 Set against the bloody backdrop of the barbaric Dark Ages, The War Lord is an exciting historical epic staring Charlton Heston. Chrysagon (Heston), an 11th-century Norman knight and war lord, is given command over a Druid peasant village. Battling enemies from both the North and from his own ranks, the lonely warrior becomes consumed with passion for the beautiful Bronwyn (Rosemary Forsyth) who is engaged to the son of the tribes chieftain. Convinced by his plotting brother (Guy Stockwell) to impose an ancient law stating that nobleman may have the right to first night with any bride, Chrysagon falls in love with the newlywed, refusing to set her free. This sets the stage for betrayal, bloody battles, murder and forbidden love as Chrysagon and Bronwyn vow never to part.