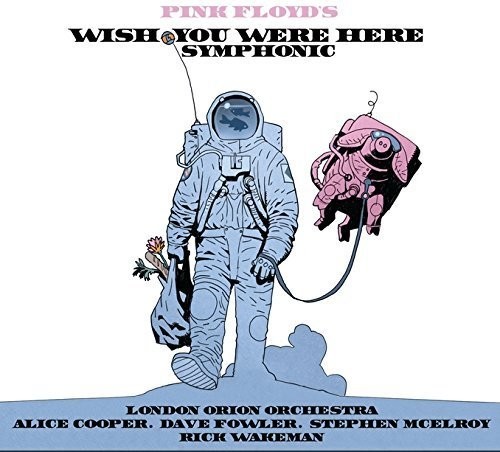 WISH YOU WERE HERE is the second Pink Floyd album to use a conceptual theme written entirely by Roger Waters.

The song Wish You Were Here written as tribute to founding bandmate Syd Barrett and his mental breakdown is sung here by Alice Cooper, who toured with Pink Floyd whilst Syd was still in the band in the late 60s.

Bandmembers David Gilmour and Richard Wright have both cited WISH YOU WERE HERE as their favorite Pink Floyd album, and the album is widely regarded as the bands magnum opus.

A must have for every Pink Floyd fan and classical music enthusiast alike.