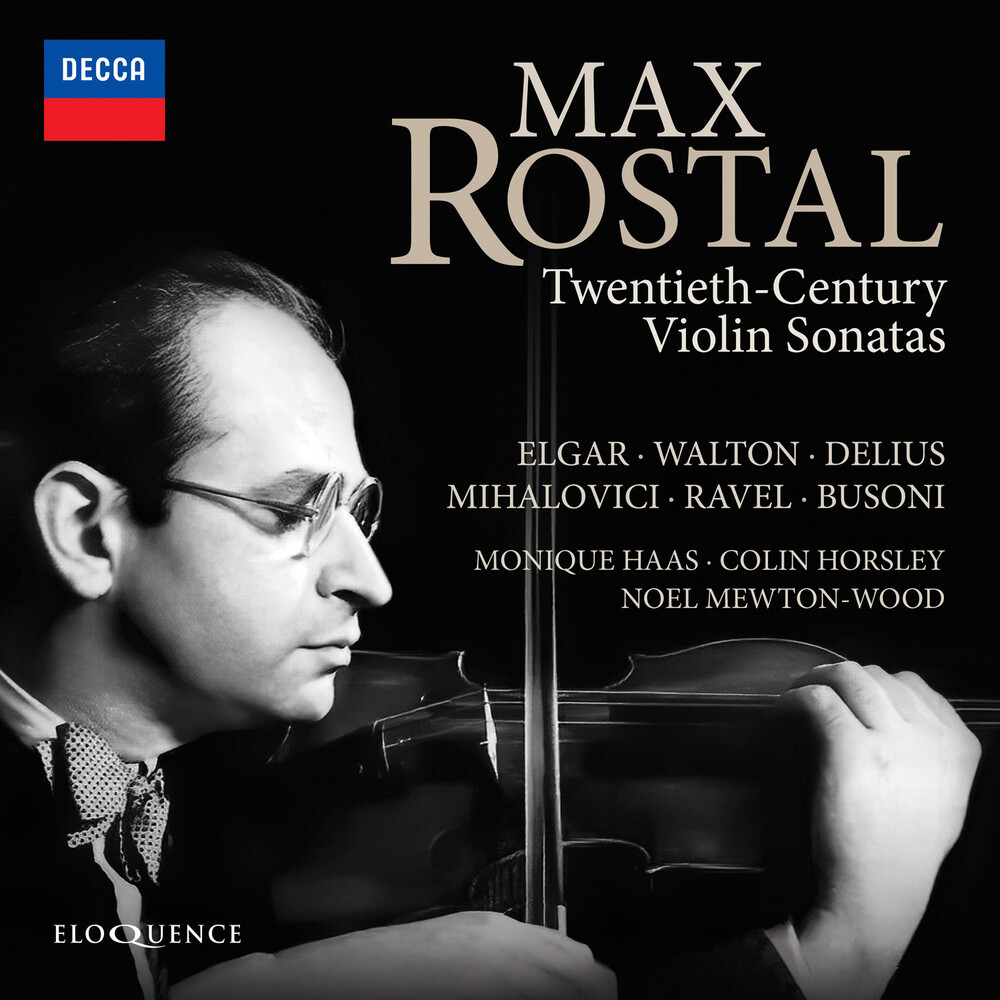 Six Violin Sonatas from the 20th century performed by German violinist Max Rostal and recorded for Argo and Deutsche Grammophon. Having fled from the Nazis and moved to London in 1934, the German violinist Max Rostal became a fixture of the English capital's musical scene and an inspired interpreter of English music. With his regular recital partner Colin Horsley, he made these Argo-issued recordings of sonatas by Elgar, Delius and Walton at Argo's Hollymount studios in the autumn of 1954, and brought to them the shaded tone and artistry that later made him such a characterful performer of the Sancho Panza solo in Strauss's Don Quixote, especially in the EMI recording conducted by Rudolf Kempe. In his hands, Elgar becomes the great European composer that he always was. Rostal's earlier Argo recording, of the Second Violin Sonata by Ferruccio Busoni, was recognised at the time as a turning-point in the reception of this perennially under-rated and misunderstood composer. His partner for the sessions was Noel Mewton-Wood, in one of the Australian pianist's last recordings before his untimely death in 1953. Mewton-Wood had become a Busoni pioneer, taking on the mighty Fantasia Contrappuntistica at a time when only the composer's pupils played it, and he and Rostal imbue the Sonata with intense sympathy for it's Romantic spirit of homage to the genius of Bach. This newly remastered collection is completed by a Deutsche Grammophon album made in October 1958. Rostal is partnered by Monique Haas in sonatas by Ravel and the pianist's husband, Marcel Mihalovici. DG's early stereo sound vividly captures the immaculate technique which made the violinist a sought-after teacher for many years. The Ravel performance is especially inspired: Rostal and Haas between them evoke the exquisite, Satie-like purity of the first movement as well as the sultry mood of the central Blues, which draws some immaculate portamento slides from Rostal. Tully Potter's booklet notes include original source material, based on conversations with members of the Amadeus Quartet.