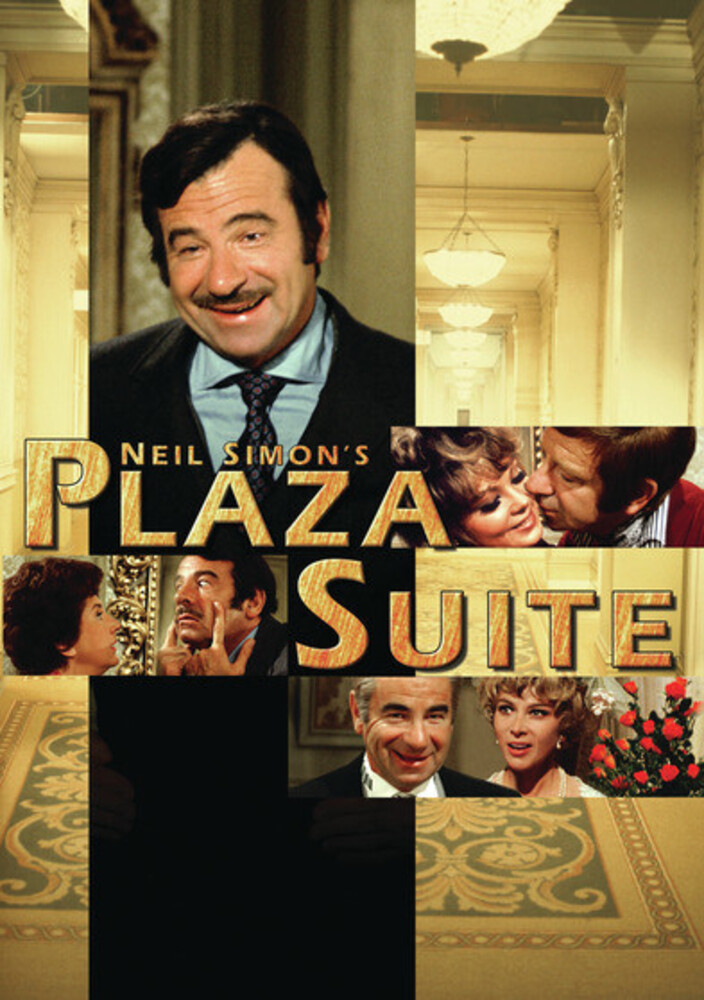 Plaza Suite is a confection of three witty comedic episodes starring one of America's finest comic actors, Walter Matthau. The scene is suite 719 of New York City's Plaza Hotel. In the first vignette, Matthau's wife (Maureen Stapleton) discovers that he is fooling around with his secretary. In the next story, Matthau portrays a producer who calls an old flame for a rendezvous- but the lady has more on her mind than romance. In the final tale, Matthau and Lee Grant are frustrated parents of a bride-to-be who has locked herself in the bedroom - moments before the wedding! A delightful comedy, Plaza Suite is written in Neil Simon's sensitive and sophisticated style.