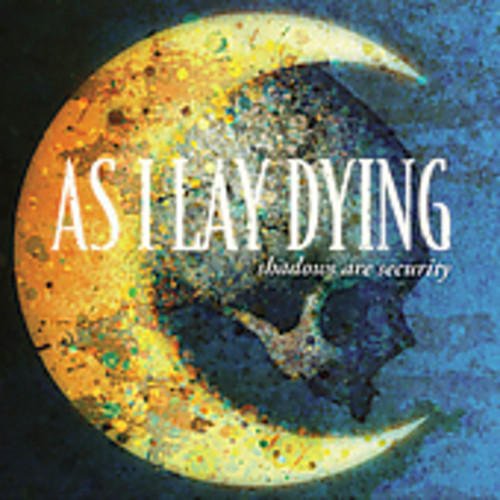 Shadows Are Security
Artist: As I Lay Dying
Format: CD
New: OUT OF STOCK. Contact us for availability!
Wish

Legendary Metalcore outfit As I Lay Dying releases their latest effort SHADOWS ARE SECURITY. As I Lay Dying is co-headlining this summer's Ozzfest 2005.

''Shadows Are Security'' is the third album by American metalcore band As I Lay Dying. The album was released on June 14, 2005 through Metal Blade Records, and was produced by Tim Lambesis, the band's vocalist, and Phil Sgrosso, one of the band's guitarists, along with Steve Russell. A Limited Edition was released on June 23, 2005 with a bonus DVD of a show filmed at the Substage Club in Karlsruhe, Germany on November 28, 2004. The CD was released again as a Special Edition on October 17, 2006 with a DVD on the making of the album and included videos of Confined, Through Struggle, and The Darkest Nights. It also featured additional linear notes from vocalist Tim Lambesis on the concept of the record and little known facts on the making of the album.

The album peaked at #35 on the US Billboard 200 and sold as of 2007, about 275 000 copies. It has also produced three singles in "Confined," "Through Struggle" and "The Darkest Nights." Music videos were shot for all three of them.

Although Clint Norris was the bassist when this album was recorded, he is not featured on the album on either bass or vocals. Phil Sgrosso is credited with recording bass on the album. - Wikipedia