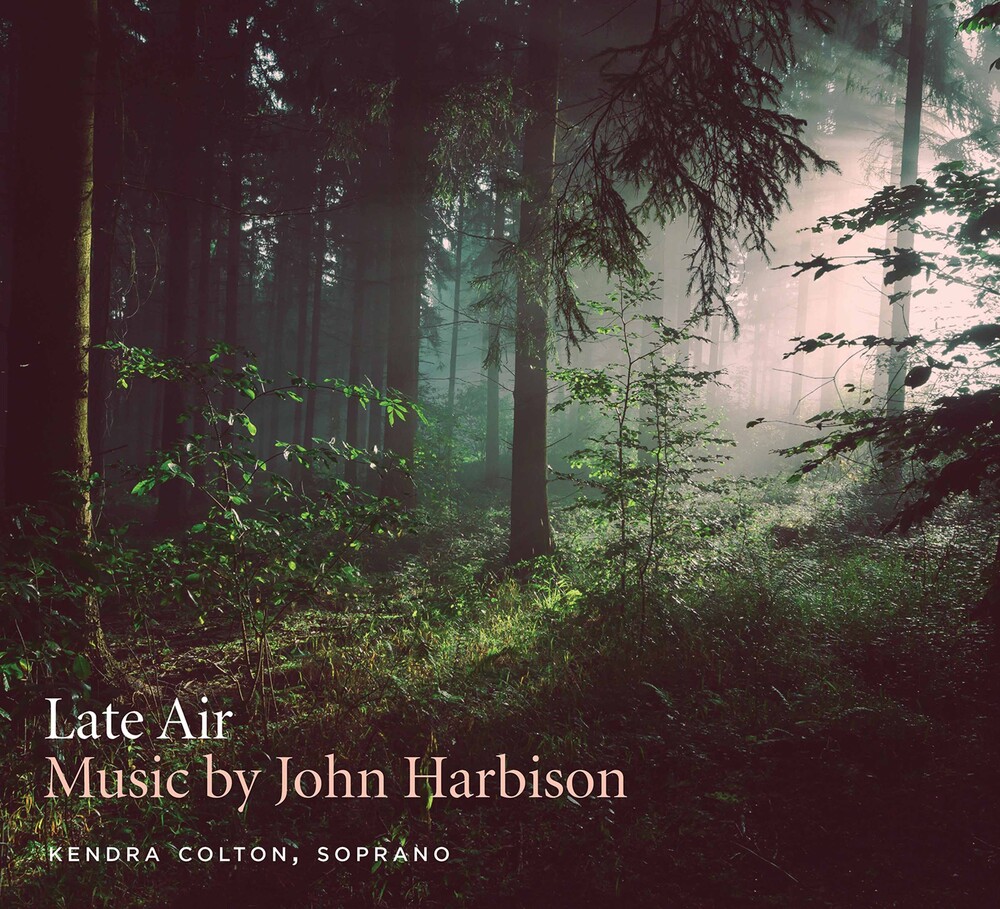 Soprano Kendra Colton has sung the music of John Harbison for some 25 years, including an untold number of performances of the composer's church and chamber music, as well as Colton's turn as Daisy Buchanan on the workshop recording of The Great Gatsby, which Harbison composed for the Metropolitan Opera. On Late Air, Colton and Harbison are united once again on music representing three decades of Harbison's creative output. One of America's most distinguished artistic figures, JOHN HARBISON (b. 1938) is the recipient of numerous awards, among them a MacArthur Fellowship and a Pulitzer Prize. He has written music for most of America's premier musical institutions, including the Metropolitan Opera, Chicago Symphony, Boston Symphony, New York Philharmonic, and the Chamber Music Society of Lincoln Center. His music is widely recorded on leading prestige labels. Harbison's catalog is anchored by three operas, seven symphonies, 12 concerti, a ballet, six string quartets, numerous song cycles and chamber works, and a large body of sacred music that includes cantatas, motets, and orchestral-choral works. He has served as composer in residence with the Pittsburgh Symphony, the Los Angeles Philharmonic, the American Academy in Rome, and numerous festivals.