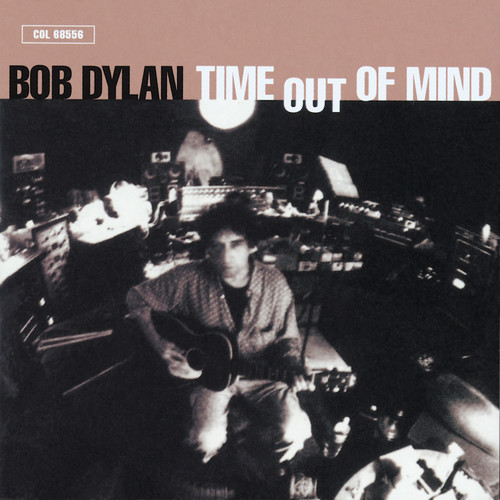 Dylan's 41st album contains his first self-penned material since 1990's Under the Red Sky. Produced by Daniel Lanois (who worked with Bob on Oh Mercy, and is also known for his multi-platinum production work with U2 and Peter Gabriel), Time Out of Mind contains 11 original tracks and features such legendary musicians as Memphis pianist Jim Dickinson, Augie Myers (known for his work with Texas rocker Doug Sahm), Cindy Cashdollar (Asleep at the Wheel) and guitarist Duke Robillard, among others. Bob returns to the road for a U.S. tour this Fall.

''Time Out of Mind'' is the thirtieth studio album by American singer-songwriter Bob Dylan, released in September 1997 on Columbia Records. It is his first double studio album as it was released on vinyl since 1970´s ''Self Portrait''. (It was released also as a single CD).

For fans and critics, the album marked Dylan's artistic comeback after he struggled with his musical identity throughout the 1980s, and hadn't released any original material since ''Under the Red Sky'' in 1990. ''Time Out of Mind'' is hailed as one of the singer-songwriter's best albums, and it went on to win three Grammy awards, including Album of the Year in 1998. It also made ''Uncut'' magazine's Album of the Year. Furthermore, the album is ranked #408 on ''Rolling Stones list of The 500 Greatest Albums of All Time in 2003.

The album features a particularly atmospheric sound, the work of producer (and past Dylan collaborator) Daniel Lanois, whose innovative work with carefully placed microphones and strategic mixing was detailed by Dylan in the first volume of his memoirs, ''Chronicles: Volume One''. Despite being generally complimentary to Lanois, especially his work on the 1989 album ''Oh Mercy'', Dylan has voiced dissatisfaction with the sound on ''Time Out of Mind''. He has gone on to self-produce his subsequent albums. - Wikipedia