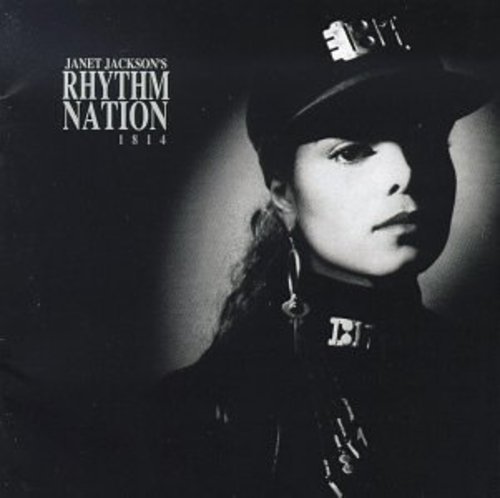 ''Janet Jackson's Rhythm Nation 1814'' is the fourth studio album by American recording artist Janet Jackson, released on September 19, 1989, by A&M Records. Despite demands from A&M executives for material similar to her previous album, ''Control'' (1986), she insisted on creating a concept album addressing social injustice. Collaborating with her producers Jimmy Jam and Terry Lewis, she drew inspiration from news media, exploring subject matter such as racism, poverty and substance abuse. Although critics viewed the album's theme as transparent, she was hailed as a role model for youth because of her socially conscious lyrics.

Produced during the height of the new jack swing genre, the album blends rhythm and blues with industrial music and the utilization of swing note, synthesized percussion and sample loop. Songs on the album range from mechanized dance rhythms to soft balladry. Due to its innovative production and lyrical exploration, critics have regarded the album as the pinnacle of her artistic achievement. The supporting Rhythm Nation World Tour became the world's most successful debut concert tour by a recording artist.

Its seven commercial singles—"Miss You Much", "Rhythm Nation", "Escapade", "Alright", "Come Back to Me", "Black Cat", and "Love Will Never Do (Without You)"—all peaked within the top five on the ''Billboard'' Hot 100, becoming the first and only album to achieve that feat. It became her second consecutive album to hit number one on the ''Billboard'' 200 and was Certified sixfold platinum by the Recording Industry Association of America (RIAA). The album has sold fourteen million copies worldwide and was named by ''Rolling Stone'' magazine as one of The 500 Greatest Albums of All Time and is listed in ''1001 Albums You Must Hear Before You Die''. - Wikipedia