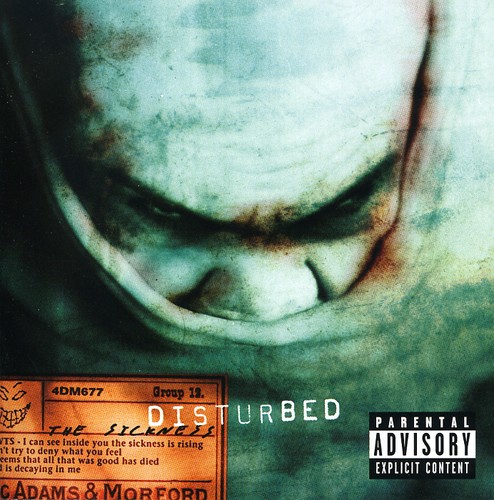 This release was mixed by hardcore legend Andy Wallace (Sevendust, Rage Against the Machine). This Chicago metal quartet's debut album is sure to hit the charts.

''The Sickness'' is the debut album by American rock band Disturbed. The album was recorded in 1999 and released on March 7, 2000. The album peaked at number 29 on the ''Billboard 200'' chart and it has spent a total of 103 weeks on that chart, as of June 2010. With over 4,138,206 copies sold in the United States alone as of 2010, it is the band's most successful album. Unlike Disturbed's later albums, which are mixed in style, ''The Sickness'' consists primarily of heavier songs. - Wikipedia