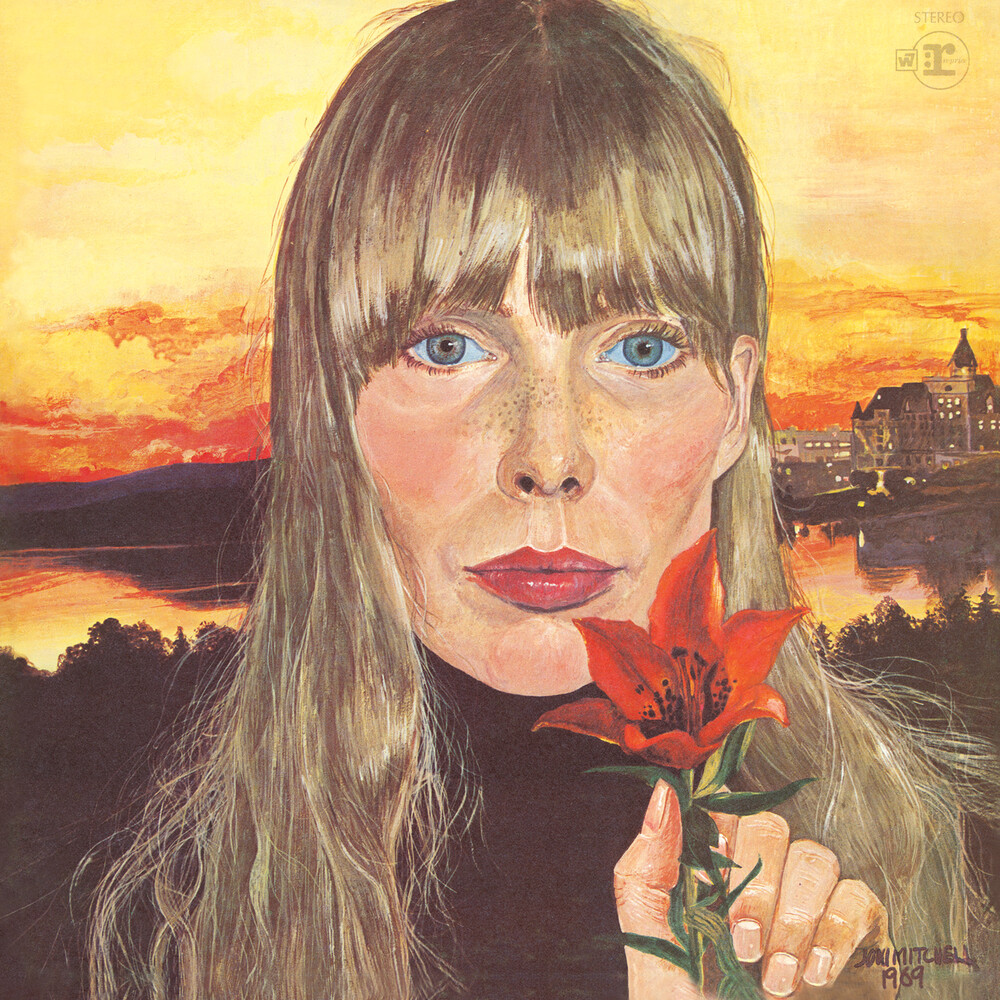 Joni was 25-and already a revered songwriter-when this 1969 classic made her a star. Her first Top 40 LP, it boasts her original Both Sides Now and Chelsea Morning plus I Don't Know Where I Stand; Tin Angel a beautiful, stark masterpiece.

''Clouds'' is the 1969 second album by Joni Mitchell. It is sparsely arranged, with little more than Mitchell's voice and solo acoustic guitar for accompaniment. ''All Music'' describes "Songs to Aging Children Come" as featuring "perhaps the most remarkably sophisticated chord sequence in all of pop music", employing chords chromatically related by tritone or thirds.

Particularly well known are the songs "Both Sides Now", which Mitchell had written for others but sung herself for the first time on this record, and "Chelsea Morning".

The cover art depicts Mitchell's home town of Saskatoon, Saskatchewan, Canada, showing the South Saskatchewan River that flows through the city, and the Bessborough Hotel, a historic railway hotel built in the days before asphalt-surface highways. In the self-portrait, Mitchell holds the floral emblem of the Province of Saskatchewan: the "western red lily" (aka ''prairie lily'' or ''Lilium philadelphicum'' var. ''andinum'').

A Perfect Circle covered "The Fiddle and the Drum" as the final song of their 2004 album ''eMOTIVe''. - Wikipedia