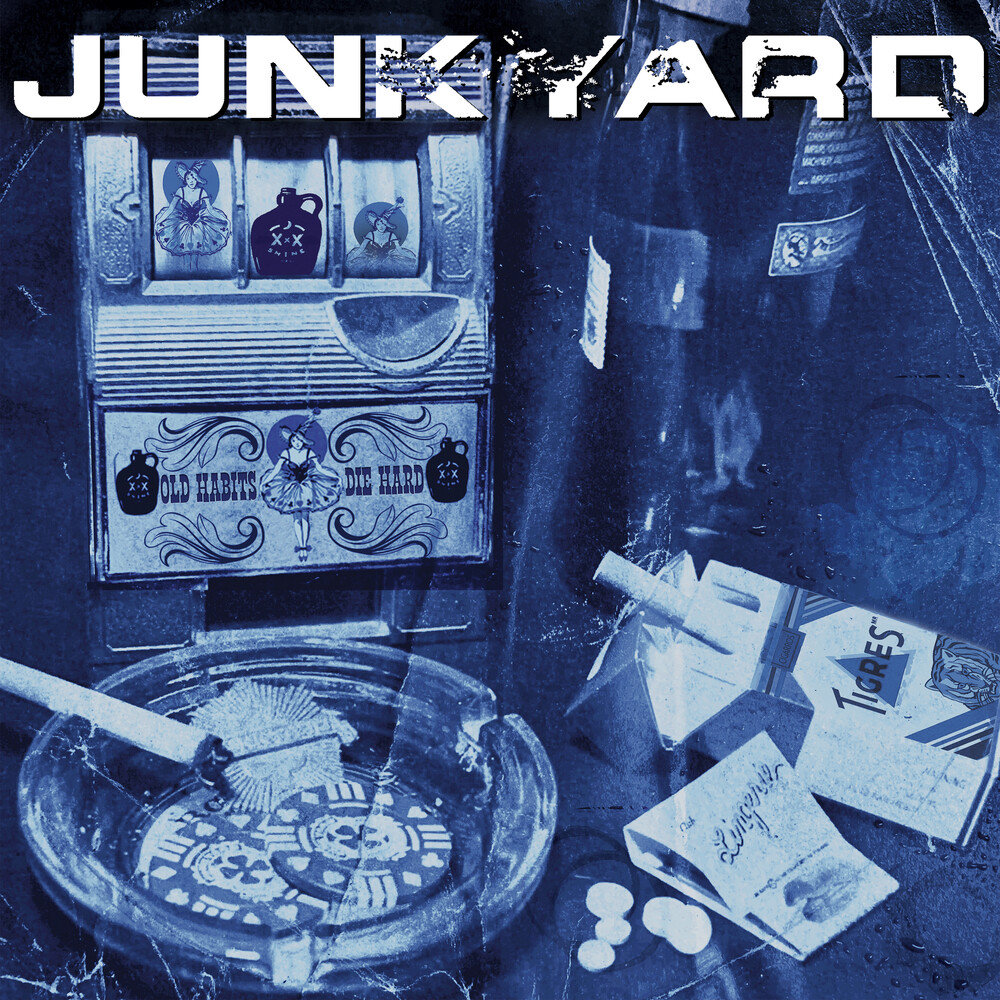 Junkyard opens the vault and blows the dust off a killer collection of recordings slated as the follow up to 1991's "Sixes, Sevens and Nines." Kicking off with a hearty introduction (courtesy of local LA icon Donnie Popejoy), guitarist Brian Baker's opening riff sets up the concoction of raucous, bittersweet, bloozy rock that follows. Loose and tight in good measure, with stomping beats and dual guitars zigzagging around David Roach's raspy howl... make no bones about it - this band could play. The strut and swagger of "Pushed You Too Far" and the soulful "Tried & True" are balanced by the slow, dirge of "Blue Sin" and the melancholic duet "Hangin' Around With My Dreams." "Old Habits" recalls everything from Sticky Fingers-era Stones and ZZ Top to the Ramones and Lynyrd Skynyrd (who they toured with in '91). More than anything else, though, it sounds like Junkyard. Back in 1992, Junkyard was a well-oiled machine, their previous two releases performed well, they had multiple videos in rotation on MTV, and successful club and arena tours under their belt. But the major label's rush to jump on the next "popular music trend" quickly led to Junkyard's demise. "At this point, Nirvana's "Nevermind" album had been out a few months and we all kinda knew which way the wind was blowing," singer David Roach recalls, "we didn't really 'officially' break up as a band, it was as simple as the party's over." Twenty years later, Geffen re-released the first two Junkyard albums and once again, the band was in demand. Tours of Japan and Europe followed, and the band started writing again. In 2017, Junkyard released "High Water", their first full-length album in 26 years on LA indie, Acetate Records, the album peaked at 24 on Billboard's Hard Rock Chart. With the band back in form, it seemed like the right time to dust of the tapes.