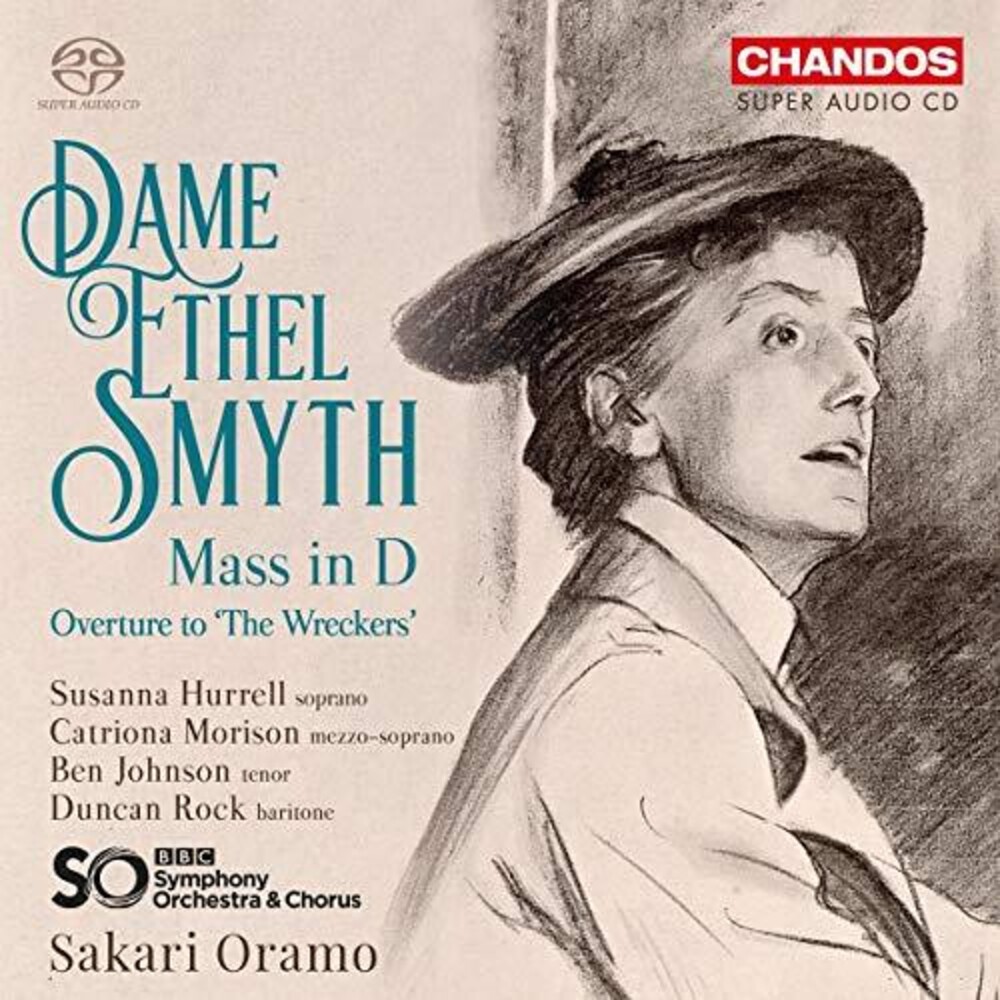 The BBC Symphony Orchestra and Chorus under Oramo with an exceptional quartet of soloists give a vivid and heartfelt interpretation of Smyth's earliest large-scale choral work. Dame Ethel Mary Smyth, DBE was an English composer and a member of the women's suffrage movement. Her compositions include songs, works for piano, chamber music, orchestral works, choral works and operas. Smyth tended to be marginalized as a 'woman composer', as though her work could not be accepted as mainstream, yet when she produced more delicate compositions, they were criticized for not measuring up to the standard of her male competitors. She was the first female composer to be granted a damehood. Smyth's extensive body of work includes the Concerto for Violin, Horn and Orchestra and the Mass in D. Her opera The Wreckers is considered by some critics to be the "most important English opera composed during the period between Purcell and Britten." Another of her operas, Der Wald, mounted in 1903, was for more than a century the only opera by a woman composer ever produced at New York's Metropolitan Opera (until Kaija Saariaho's L'Amour de loin in December 2016).