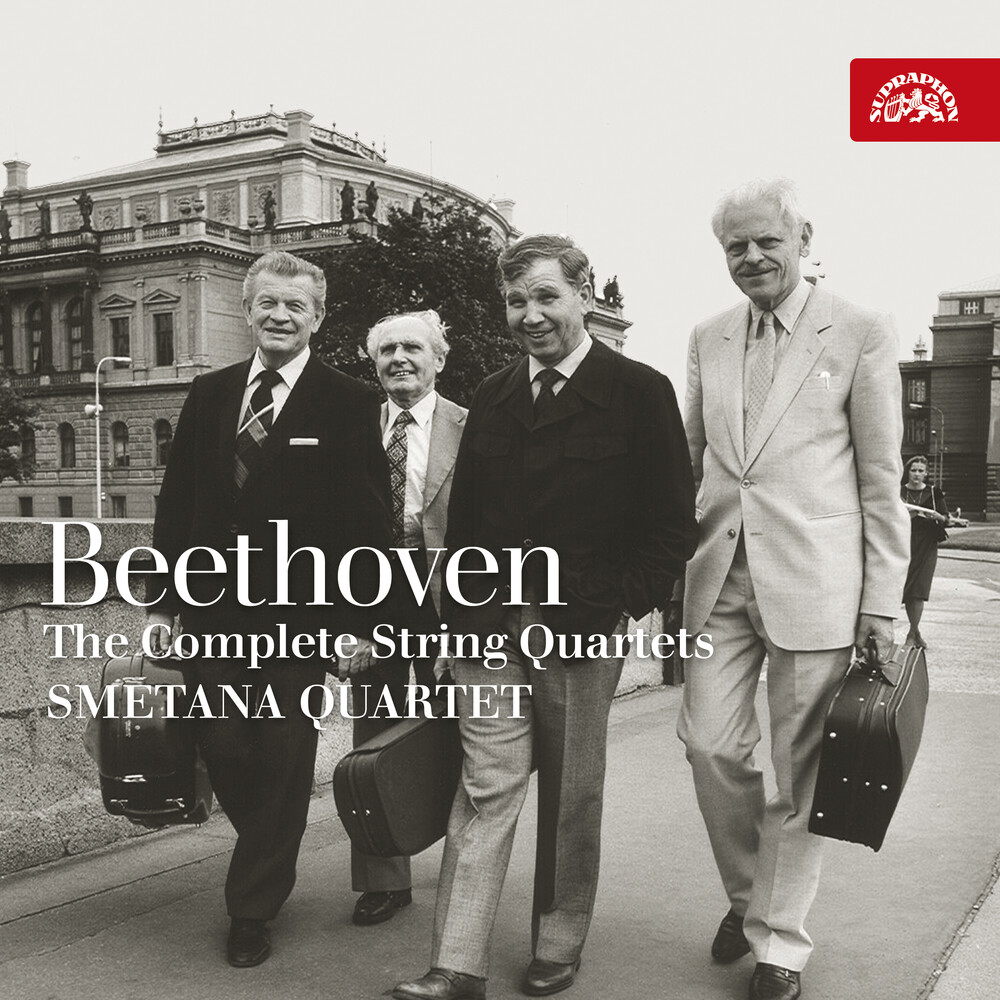 The Smetana Quartet are a true legend. For over four decades (1945-1989), the ensemble gained critical acclaim and enthused audiences all over world, particularly in the UK, USA and Japan. They attained perfect chime and extraordinary flexibility in voice leading, resulting in part from their playing the entire repertoire by heart. The quartet performed Beethoven's works throughout their existence - following Smetana, he was the composer on whose music they focused the most and whose complete quartets were in their repertoire from 1974 onwards. They explored some of Beethoven's pieces for several years before including them in their concert programmes. In collaboration with a Supraphon team, in 1978 the ensemble embarked upon a colossal project, which in 1985 came to fruition with the release on Nippon Columbia of a recording of the complete Beethoven string quartets. Even though the past decade has seen significant changes pertaining to interpretation and technology, the Smetana Quartet's account of Beethoven's works is by no means a "museum exhibit", with their vivacity and dynamism still enthralling today's listeners. The recording, carefully digitally remastered from the original analogue tapes, is the very first release beyond Japan.