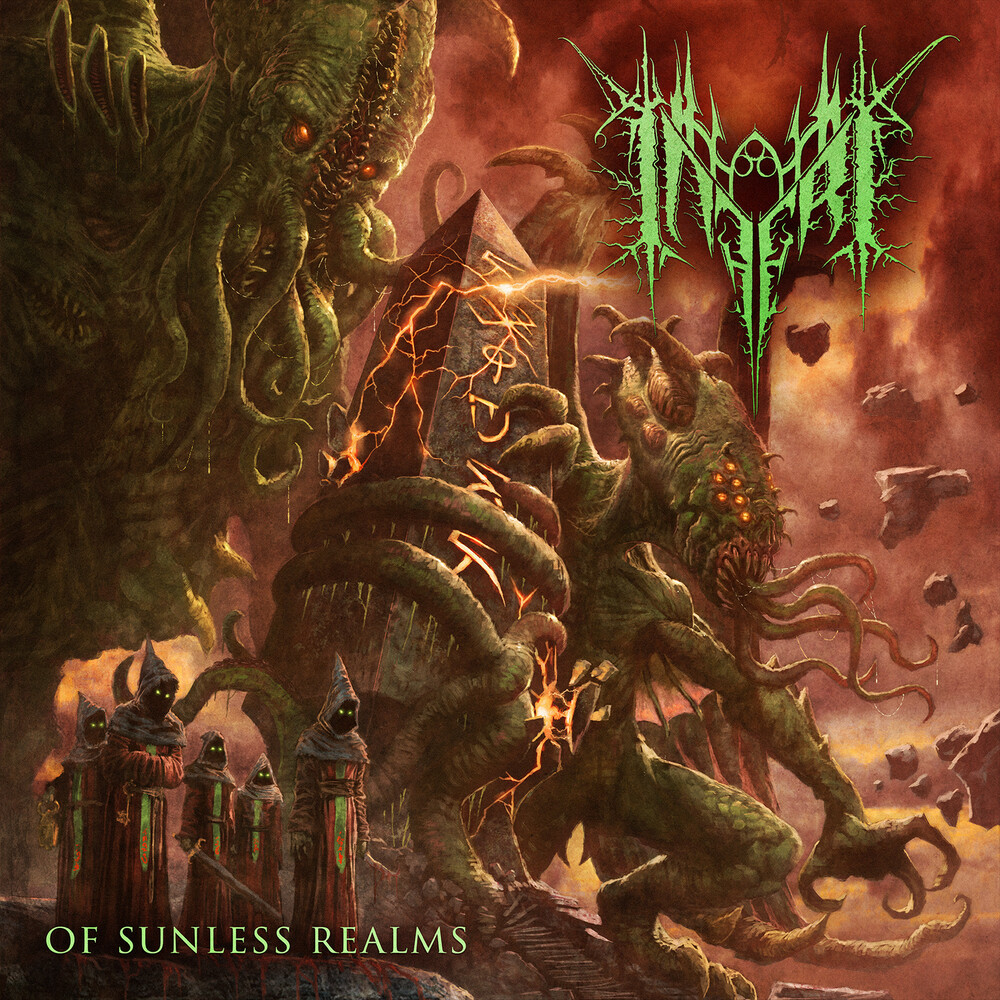 Inferi is an American technical death metal band forged in the depths of Nashville, TN. The band formed in 2006 and set themselves outside of the generic pack by mixing melodious, yet technical musicianship rarely seen in today's extreme metal acts. After releasing their debut album, Divinity In War in 2007 and following up with The End of an Era in 2009, lead guitarist, Malcolm Pugh (A LOATHING REQUIEM, EX-ENTHEOS, Ex-DISKREET, Ex-ENFOLD DARKNESS) recruited Mike Low (OUBLIETTE, Ex-ENFOLD DARKNESS) on guitar and the band released their critically acclaimed album, The Path of Apotheosis in 2014. Inferi returned in 2018 with the release of their album, Revenant, which charted #26 on Billboard's Hard Rock Albums, #28 on Billboard's New Artists and #92 on Billboard's Independent Album charts. Additionally, 2018 brought a new lineup with Spencer Moore (Ex-ANIMALITY, Ex-ABYSS WALKER, PHOBOS) on Drums, Andrew Kim (Ex-VIMANA, Ex-SEREN) on Bass and Stevie Boiser (TETHYS, EQUIPOISE, Ex-DISSONANCE IN DESIGN, Ex-VALE OF PNATH) on Vocals. With the lineup solidified, in 2019 Inferi released a completely re-recorded version of their 2009 album, titled The End of an Era Rebirth. The band has toured extensively alongside acts such as OBSCURA, ARCHSPIRE, BEYOND CREATION, SHADOW OF INTENT, BENEATH THE MASSACRE, RIVERS OF NIHIL, VULVODYNIA, ALLEGAEON, SIGNS OF THE SWARM, BRAND OF SACRIFICE, BLACK CROWN INITIATE, ALTERBEAST, VIRVUM, WORMHOLE, PALADIN, EXIST, WARFORGED, AETHERE and GRINDMOTHER across the United States, Canada, and Europe.