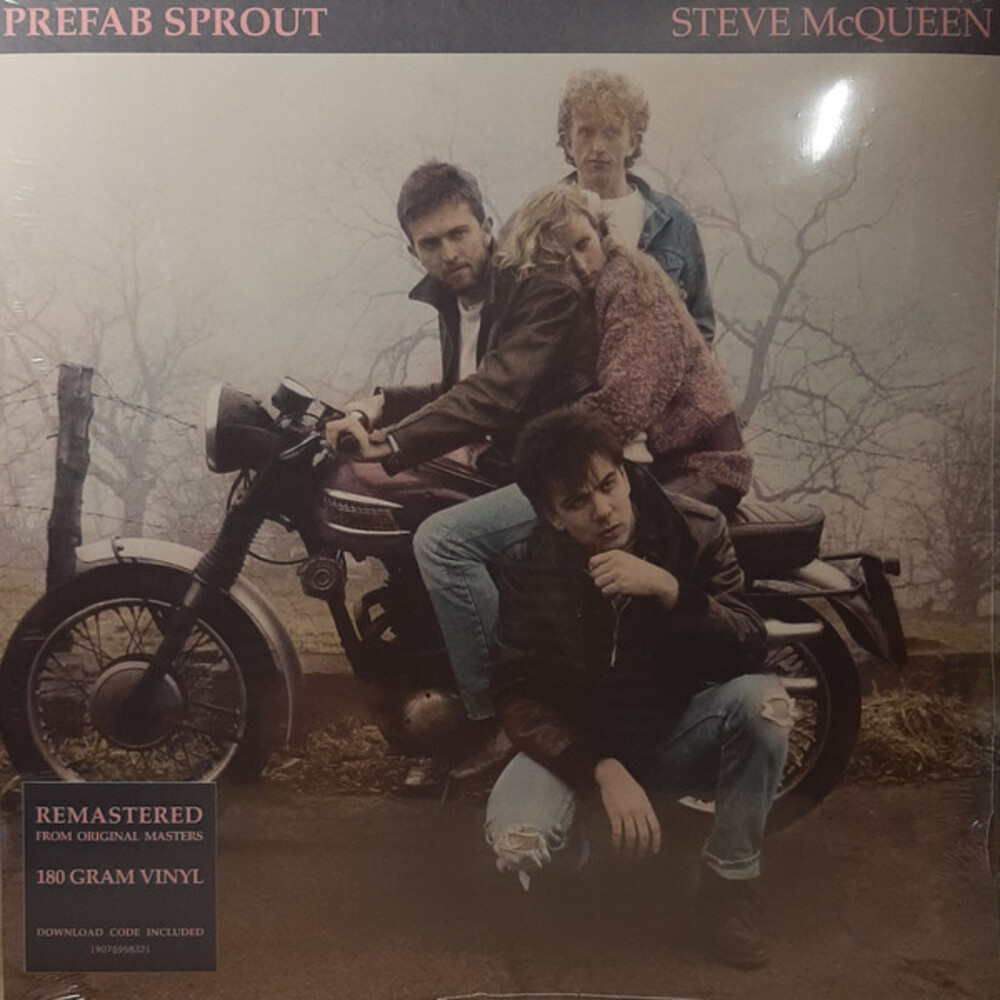 Limited 180gm vinyl LP pressing. Steve McQueen is the second studio album by Prefab Sprout, originally released in June 1985. The album was released by CBS in the United States as Two Wheels Good due to a legal conflict with the estate of American actor Steve McQueen. "When Love Breaks Down" was first released as a single in October 1984, before the album was released. "Faron Young" (referencing the country music singer of the same name) was issued as a single in July 1985, peaking at #74, and "Appetite" was released in August 1985, peaking at #92. "Goodbye Lucille #1" was renamed "Johnny Johnny" for the final single release from the album in January 1986, peaking at #64.