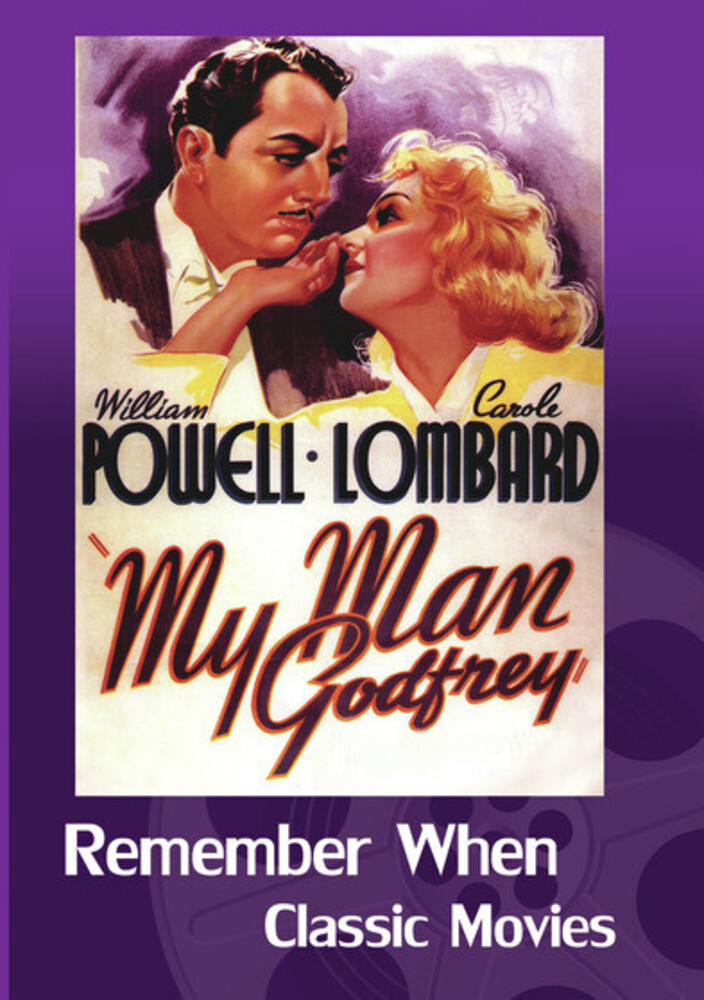 My Man Godfrey
Format: DVD
New: OUT OF STOCK. Contact us for availability!
Wish

My Man Godfrey is a 1936 American hilarious comedy starring William Powell and Carole Lombard. During the Great Depression Godfrey 'Smith' Parke is living with other men down on their luck at a New York City dump when approached by spoiled socialite Cornelia Bullock, (Gail Patrick) who offers him $5 to be her 'forgotten man' for a scavenger hunt. Godfrey advances on her in anger and causes her to fall on a pile of ashes. Cornelia leaves in a huff, but her younger sister Irene, (Carole Lombard) finds Godfrey to be a kind man, albeit, a bit scatter-brained, and Godfrey offers to go with Irene to help her beat Cornelia at the scavenger hunt. Eventually, Godfrey is offered a job by the Bullock's to be a butler for them and Godfrey proves to be surprisingly competent at the job. Cornelia holds a grudge against Godfrey while Irene considers him her protege. At a tea party, Tommy Gray, (Alan Mowbray), a lifelong friend of Godfrey recognizes him working, and Godfrey quickly ad-libs that he was Tommy's valet at Harvard, and Tommy plays along. Meanwhile, Irene impulsively announces her engagement to the surprised Charlie Van Rumple, (Grady Sutton), but she soon breaks down in tears and flees after being congratulated by Godfrey. Cornelia attempts to make peace with Godfrey, but Godfrey turns her down. Having failed to make Godfrey's life miserable, Cornelia plants her pearl necklace under Godfrey's mattress, then calls the police. When the police do not find the necklace, Cornelia's father realizes that his daughter has orchestrated the whole thing, and they must find her uninsured pearl necklace. Eventually, the Bullock's finances fall into disrepair, but Godfrey has a plan to rebuild their fortune. There is much more to come as events emerge, but this is literally a superb screwball of a comedy which will leave you laughing all the way home!