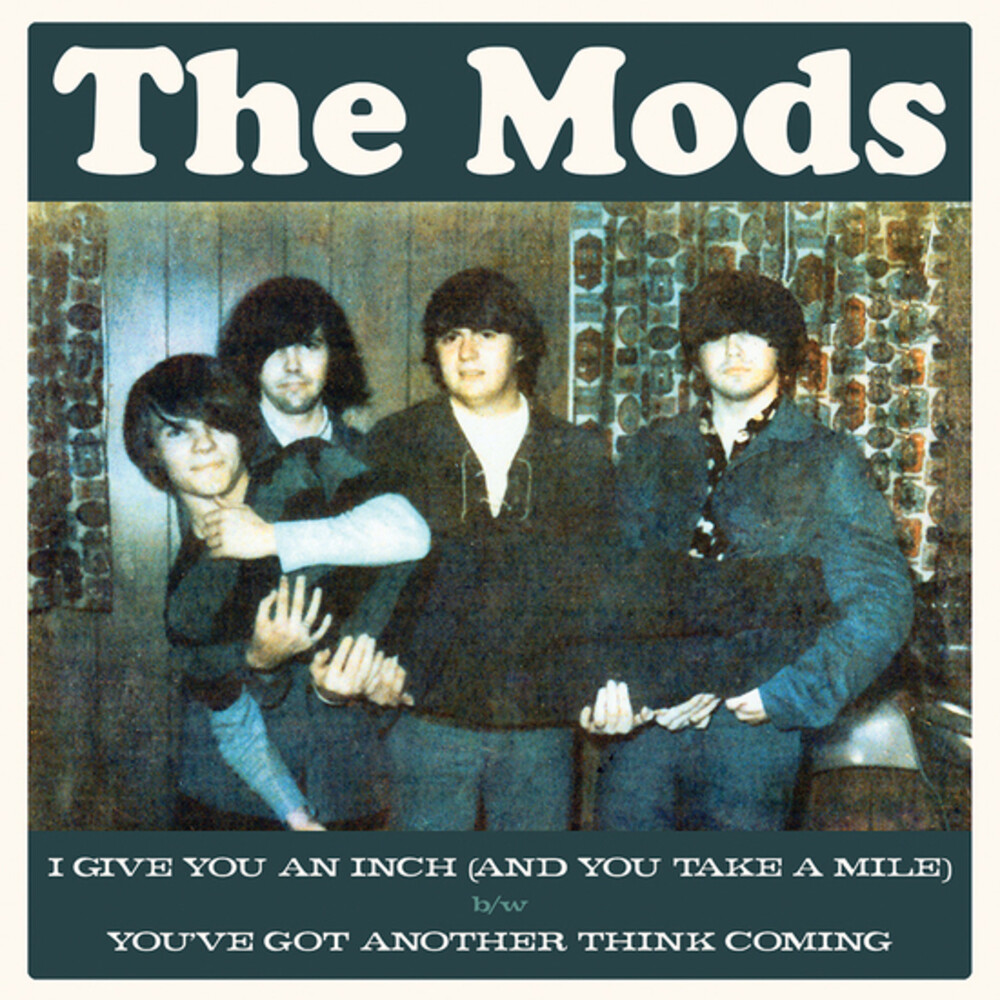 I Give You An Inch (And You...)
Artist: Mods
Format: Vinyl
New: OUT OF STOCK. Contact us for availability!
Wish

Since it's first apparition on the infamous "Chosen Few" compilation album way back in 1983, The Mods Garage anthem "I Give You An Inch (And You Take A Mile)" has been included in the Garage Punk Hall Of Fame as one of the prime example of the so called Sixties Punk: "a snarling, attitude-laden supreme put down", to quote Tim Warren, the Crypt Records oncho, the man that, along with Greg Shaw Of Bomp!/Vox Records before him, has been a true force behind the resurrection of the genre in it's purest and crudest form. The Mods were thee classic Garage group that cut only one single in 1966 before disappearing into the mist of time. Since the inclusion of both sides of their solely record in other compilations like the well known "Back From The Grave" the band has gained an incredible following. It's equally cool flip side "You've Got Another Think Coming" is another winner and both sides are perfect movers for a Sixties Garage DJ set! Finally in 2003 one of the former member of the band, bassist Larry Smith, turned up with the full story and an in-depth interview came out on Misty Lane Magazine. A good decade on and this single finally sees a top-fidelity reissue. Liner notes by Tim Warren, a fantastic mastering thanks to Mark Taylor studio and a picture sleeve that was never pressed in it's original form complete the whole, along with a 4 pages reprint of the Misty Lane Magazine #18 interview. A labour of true love for lovers of the underground Sixties Garage sounds, limited to 300 numbered copies only.