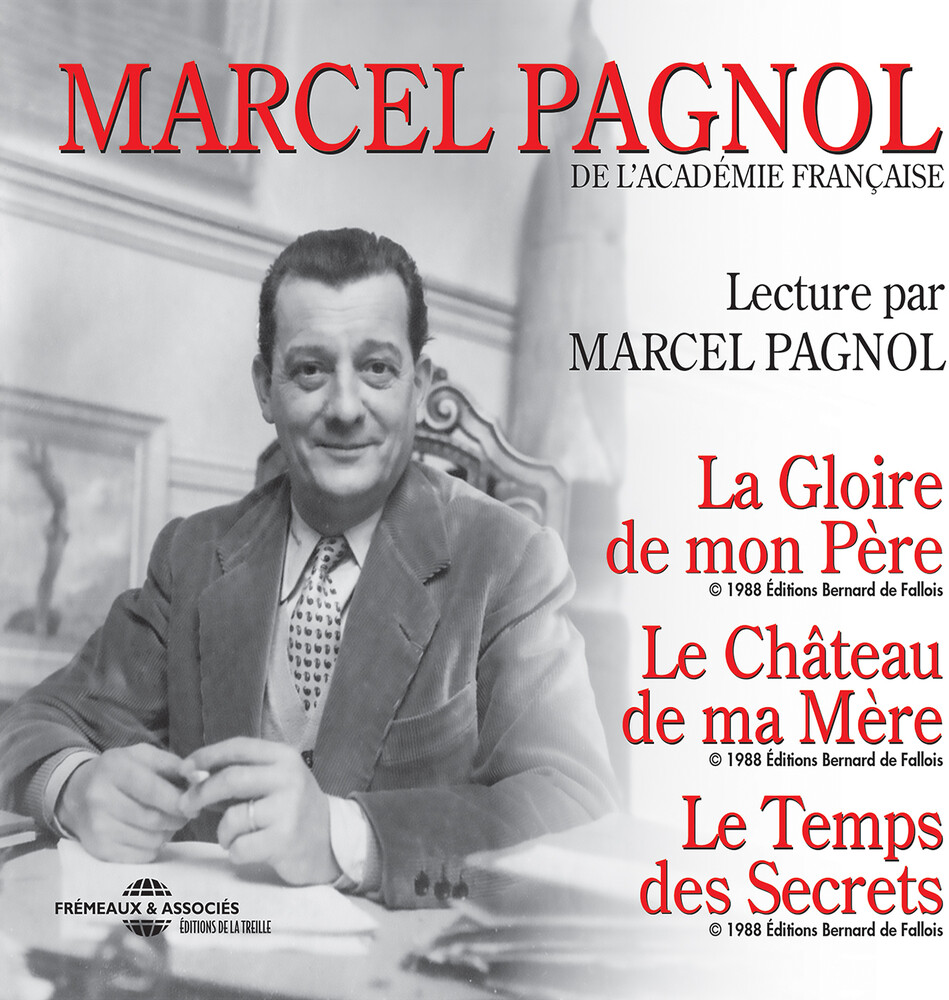 In the 1960s, Marcel Pagnol set out to record the full text of My Father's Glory, My Mother's Castle and The Time of Secrets. In literature and film Pagnol had always shown a high sensitivity to sound dimension and originally intended to release these recordings to be successful across France, but unfortunately, the recordings remained in the shadow of film and this recording was never made available to the public. Thanks to the Marcel Pagnol succession, the Librairie Sonore published by Frémeaux & Associés has had the honor of presenting these totally unpublished recordings of one of the best-known French-language literary sagas in the world. Here they are gathered for the first time in a set of 14 albums. More than a posthumous testament, the voice of Marcel Pagnol reveals us an intemperate imagination "Because I now have little children, I often want to tell stories. It is the natural function of grandfathers, and perhaps their greatest merit. Mine, told me about Donkey Skin, Beauty and the Beast, Riquet with the puff; but today, the fairies do not have fun anymore to change a pumpkin into a carriage, and it's a great pity, because they would make us, with a pumpkin, a "citroën", with a cucumber, a "dauphine", and with a swallow, a "dovetail"... For me, I preferred to tell you the childhood of a little boy, who was also that of your grandfathers, and who is perhaps not very different from the Yours, for the little boys of all the countries of the world and of all times have always had the same problems, the same malice, the same loves." (Marcel PAGNOL)