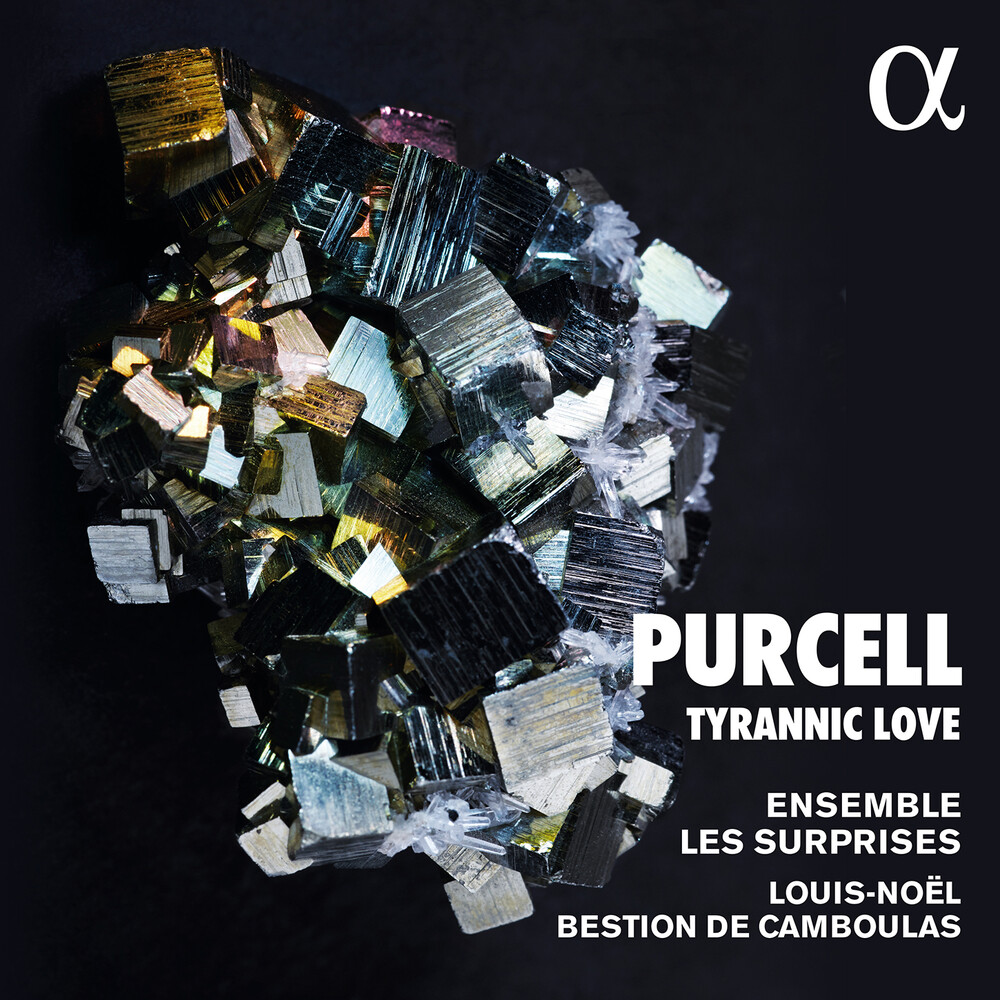 Until the late 1680s, Henry Purcell composed almost exclusively for the royal court. But when the monarchy decided to reduce it's expenditure on music in 1690, he joined the United Company, a London theatre company, and devoted himself to composing for it's productions. These took varied forms, with operas such as King Arthur (1691), The Fairy Queen (1692) and The Indian Queen (1695) but also spoken plays with music, such as The Virtuous Wife (1695). It is excerpts from these works that are presented in Tyrannic Love. Compositions by Purcell's colleagues or followers John Blow, John Eccles, Jeremiah Clarke and Daniel Purcell complete the programme. This recording marks the beginning of the collaboration between Alpha and the ensemble Les Surprises, founded in 2010, which takes it's name from Les Surprises de l'Amour by Rameau, the group's emblematic composer. Under the artistic direction of Louis-NoĂ«l Bestion de Camboulas, who is also an organist and harpsichordist, the ensemble presents innovative interpretations and explores the rich orchestral sonorities made possible by the use of Baroque instruments.