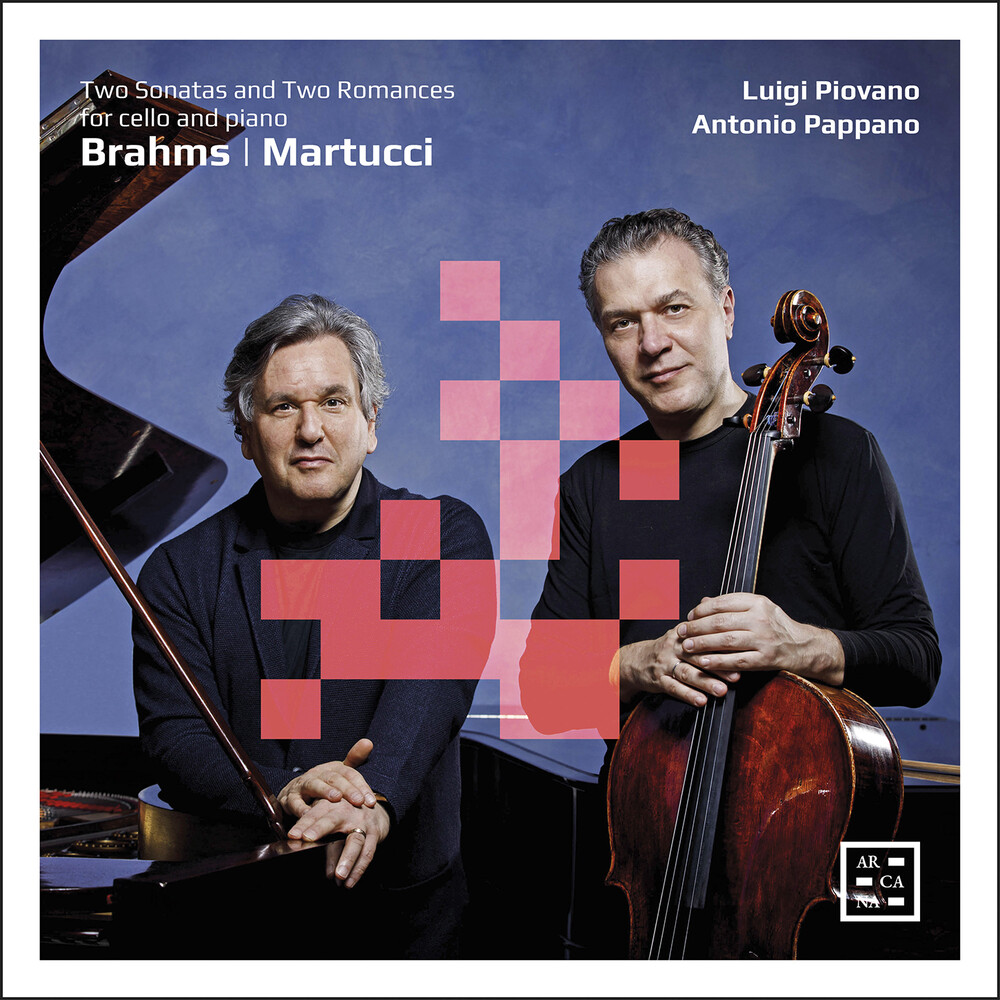 Even a star of the podium like Antonio Pappano devotes himself with enthusiasm to chamber music: there are more and more concerts and recordings in which he sits at the piano, performing with such eminent artists as Dmitry Sitkovetsky, Diana Damrau, Ian Bostridge and Joyce DiDonato. Now it is his fifteen-year-old friendship and musical collaboration with Luigi Piovano that is reflected in this new and exciting album, in which the two musicians finally record their interpretation- honed over the years in dozens of performances at leading concert halls such as Rome, Milan, Bologna, Florence, and Brussels- of the two Brahms cello sonatas and a gem of late nineteenth-century Italian instrumental music: Giuseppe Martucci's Two Romances op. 72. Two further elements add life and fascination to this new Arcana release: the instruments used (a sumptuous Alessandro Gagliano cello of 1710 and a splendid piano by Steinway and Sons built in New York in 1875) and the atmospheric surroundings in which the recording was made- not a sterile studio, but the magnificent villa, deep in the tranquil and harmonious verdue of the Tuscan countryside, of a great friend of the two musicians, Nicola Bulgari.