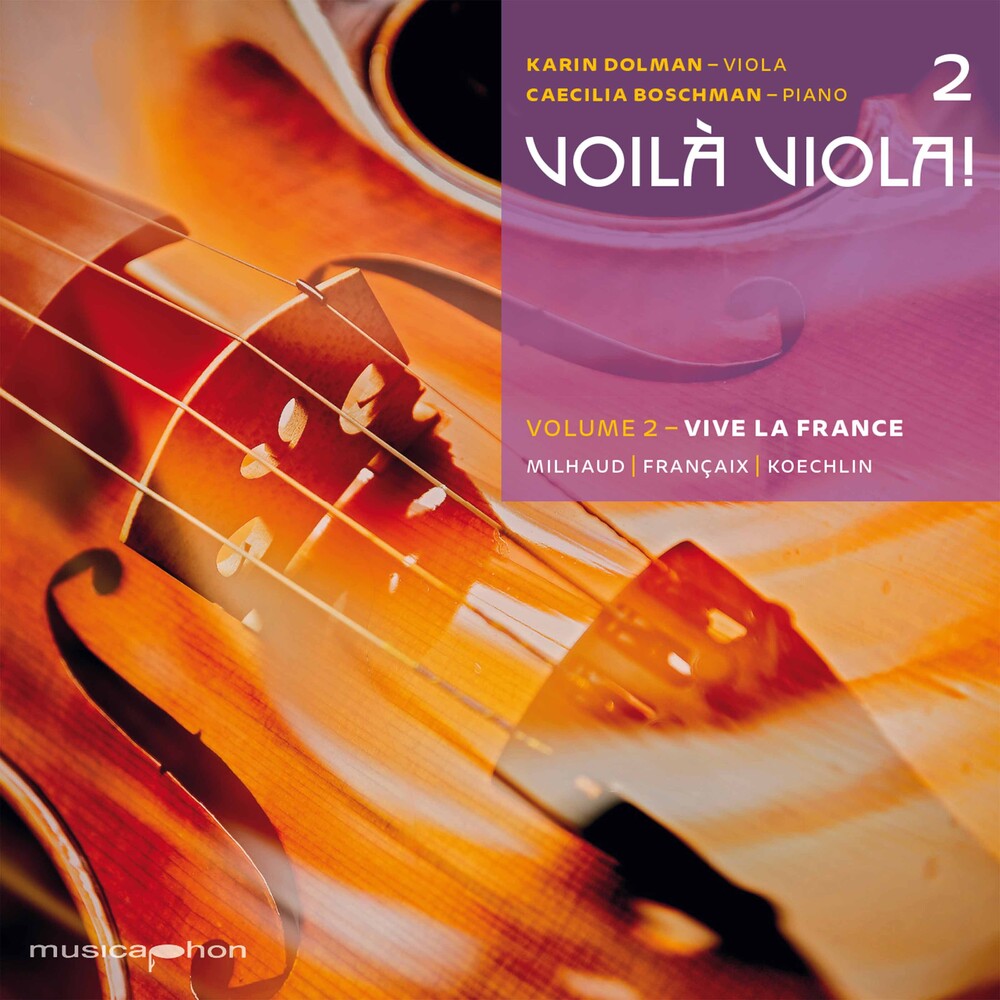 At the end of the 19th century leading French composers were enthusiastically writing violin sonatas, cello sonatas, piano trios, quartets and quintets. It seems, however, that the viola was left behind. It was for example found suitable for chamber music with other strings, and sometimes for potpourris based on well-known melodies, but not as a serious solo instrument with piano. This was at least the case in France, as in Central Europe it had gradually gained popularity since Mendelssohn and Schumann. When we look at the list of French viola sonatas written before 1910, it is noticeable that this contains virtually no well-known composer's names. Furthermore, many a viola sonata from that time was originally composed for cello. Only in the 20th century the viola was respected as a veritable chamber music instrument. This album shows four representative examples of this repertoire showing the typical French stile of Modernism which developed so differently from the stile in Germany.