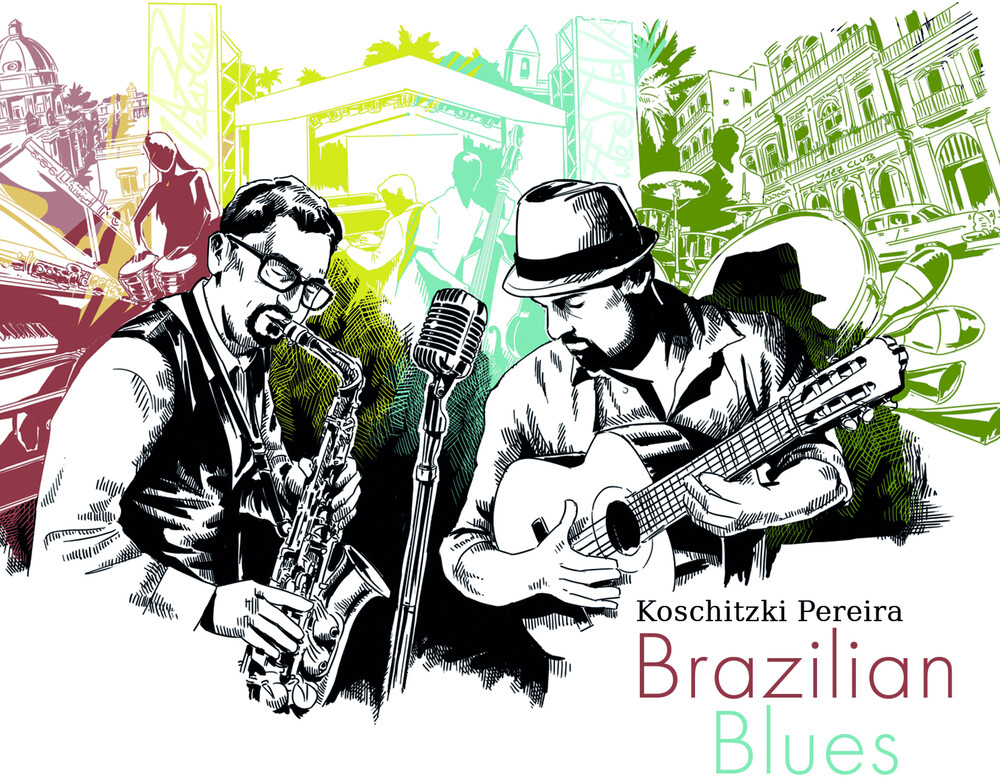 The magazine Jazzthing praised the album as a "successful, clever debut". Three and a half years later, in November 2014, Koschitzki / Pereira succeeded with the album Brasil Antigo as a two-man band. Rich in musical history, the two musicians revived this almost forgotten, Brazilian song tradition with a hand-picked selection of Choro originals. Juvenile, yearning and full of emotional fire in the musical interaction, Koschitzki / Pereira had succeeded in creating a small masterpiece, which sounds big because of it's relatively intimate dialogue. And again, the press cheered: "14 didactic pieces for all wannabe Brazilians in the cheap seats," the Jazz Podium headlined. For the new album Brazilian Blues, which will be released in November 2019, Stefan Koschitzki and Fabiano Pereira have considerably expanded their musical vocabulary. The duo bypasses both stylistic and cultural boundaries and is deeply rooted in Brazil's musical self-conception. The land full of contrasts and contradictions combines tradition and modernity in a completely natural way. Koschitzki / Pereira take this carefree attitude into account with Brazilian blues. The essences of bebop, bossa nova and pop are extremely successful distilled by Stefan Koschitzki and Fabiano Pereira into a flush, crisp work. And they sound more local than ever. While Brasil Antigo was still instrumental on both the solo and narrative sides of the duo, the two now focus on song formats. "Around Novo Dia" (The New Day) - the title of the opening track for the new album, says it all: Fabiano Pereira, son of a Brazilian father, takes the listener directly on his hand with his vocals this time and leads with a playful linguistic nonchalance into Brazilian blues. The jazz credibility of the duo resonates in every song and gives the music a very special aesthetic. In the lithe samba "So pra te esquecer", the emotional power of the vocals is supported by a long tenor saxophone solo.