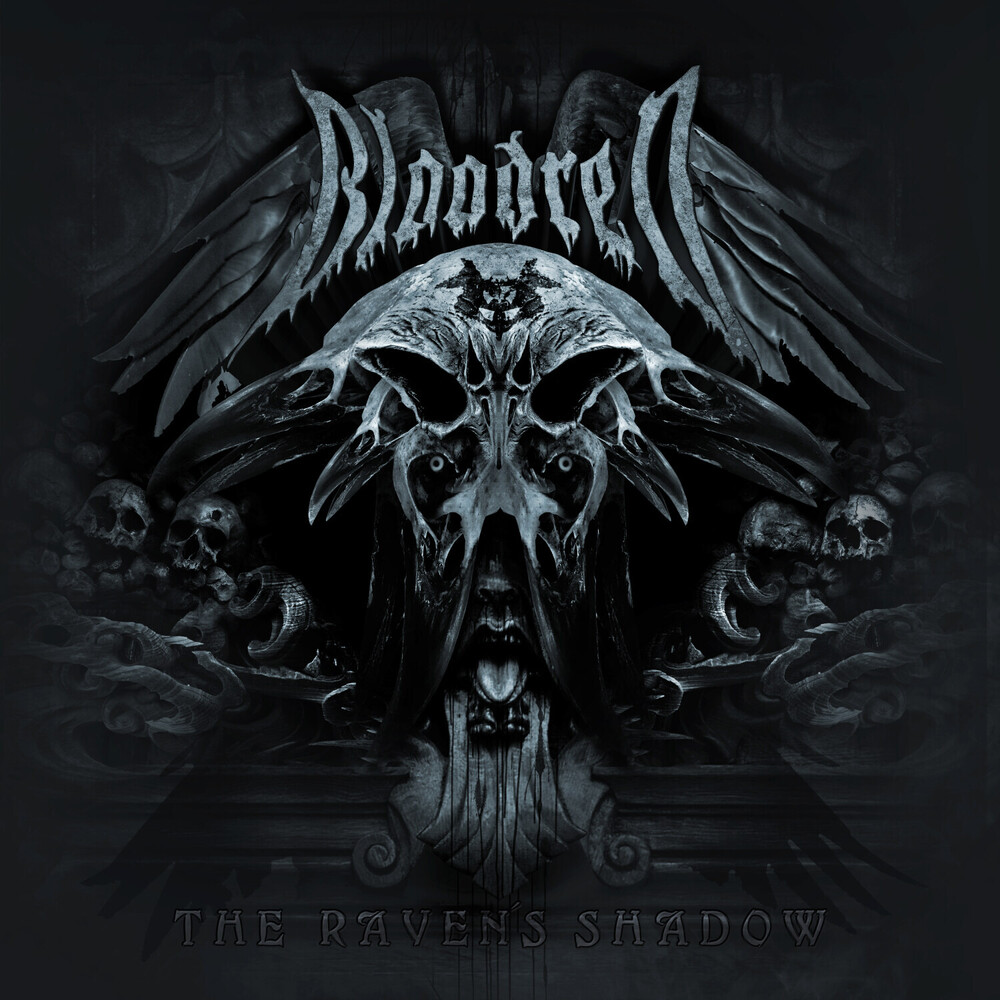 "The Raven's Shadow" is the second full-length album of the German blackened death metal outfit BLOODRED. "The Raven's Shadow" turned out to be a varied album and showcases a more mature songwriting while the extremes of the band's sound have been explored even further. You can look forward to frenzied blast beat attacks as well as slow and heavy songs, among others. Razor-sharp guitar riffs have been combined with epic melodies to create nine fantastic songs. The album's lyrics once again explore the dark side of human nature and grapple with topics such as suicide ("Hör Den Tod"), human sacrifice ("Blood On Thy Hands") or the cruelty of terrorist attacks ("Immense Hall Of Agony"). In contrast, the song "Under This Sun" pays homage to the wonderful beauty of nature. BLOODRED mastermind Ron Merz once again teamed up with producer Alexander Krull, who mixed and mastered the album at his Mastersound Studio, where the vocals and drums were recorded as well. The guitars and bass were recorded at Merz's BLDRD Studio. The result is a powerful yet transparent sound that allows the listener to grasp all the details without lacking the necessary punch. Joris Nijenhuis' powerful and precise drumming complement the songs very well. For the artwork, BLOODRED recruited photographic artist Stefan "Heile" Heilemann, who captured the mood of the album perfectly, and designed a timeless artwork that gives the album it's own character. Ron Merz is the sole member of BLOODRED and acts as the band's vocalist, guitarist, bassist, songwriter, and composer. For the album recordings he is joined by session musician Joris Nijenhuis (Atrocity, Leaves' Eyes) on drums.