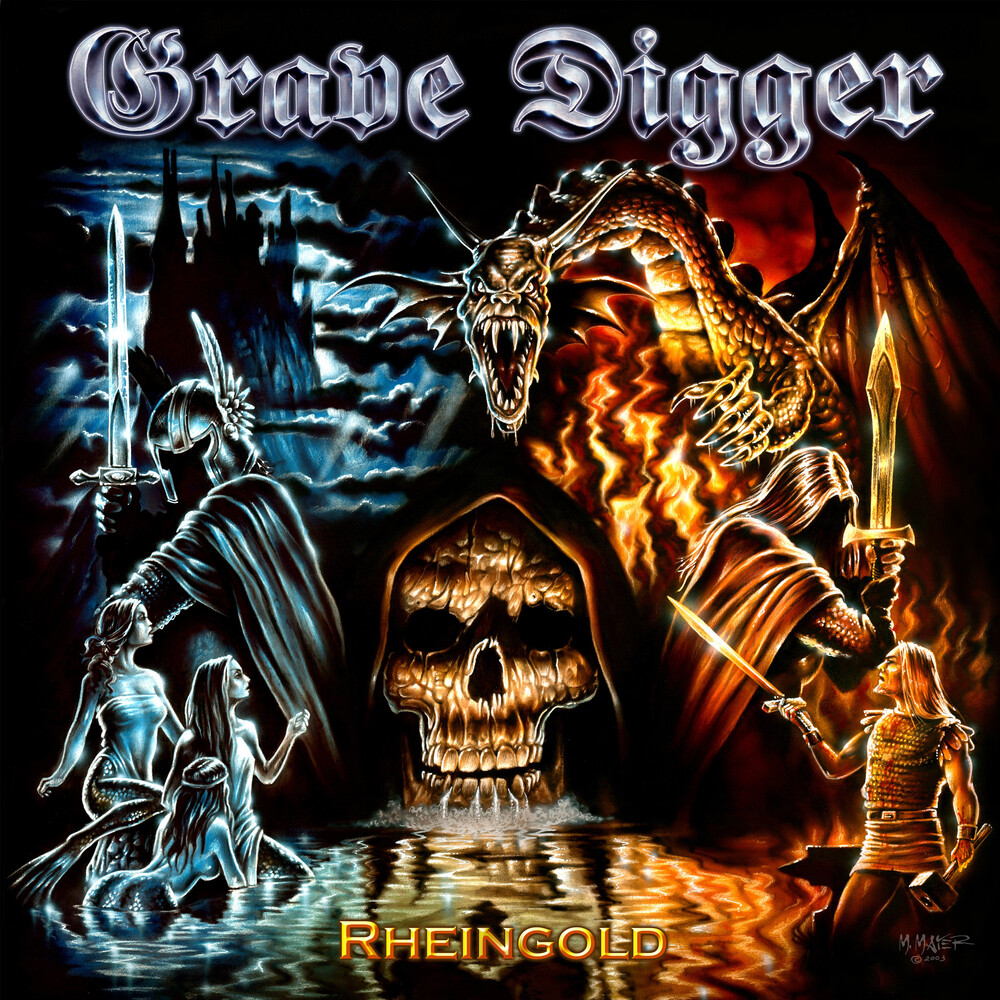 "Rheingold", originally released in 2003, is the 11th studio album by the German metal flagship band around Chris Boltendahl. A concept album based on the lyrics of Richard Wagner's "The Ring of the Nibelung". This reissue will be released as a high-quality digipak and for the first time contains exclusive liner notes, personally written by Chris Boltendahl. This is exactly what a modern Power Metal disc should sound like. "(Rock Hard)"Stagnation is consistently avoided through exciting ingenuity on the part of the musicians and so" Rheingold "also manages to develop it's own identity. " (metal. De)"In summary, you can only say that Grave Digger delivered a great work with "Rheingold. " (Power metal)"What I've heard about" Rheingold "here is unfamiliar class and absolutely cool!" (Dark scene)