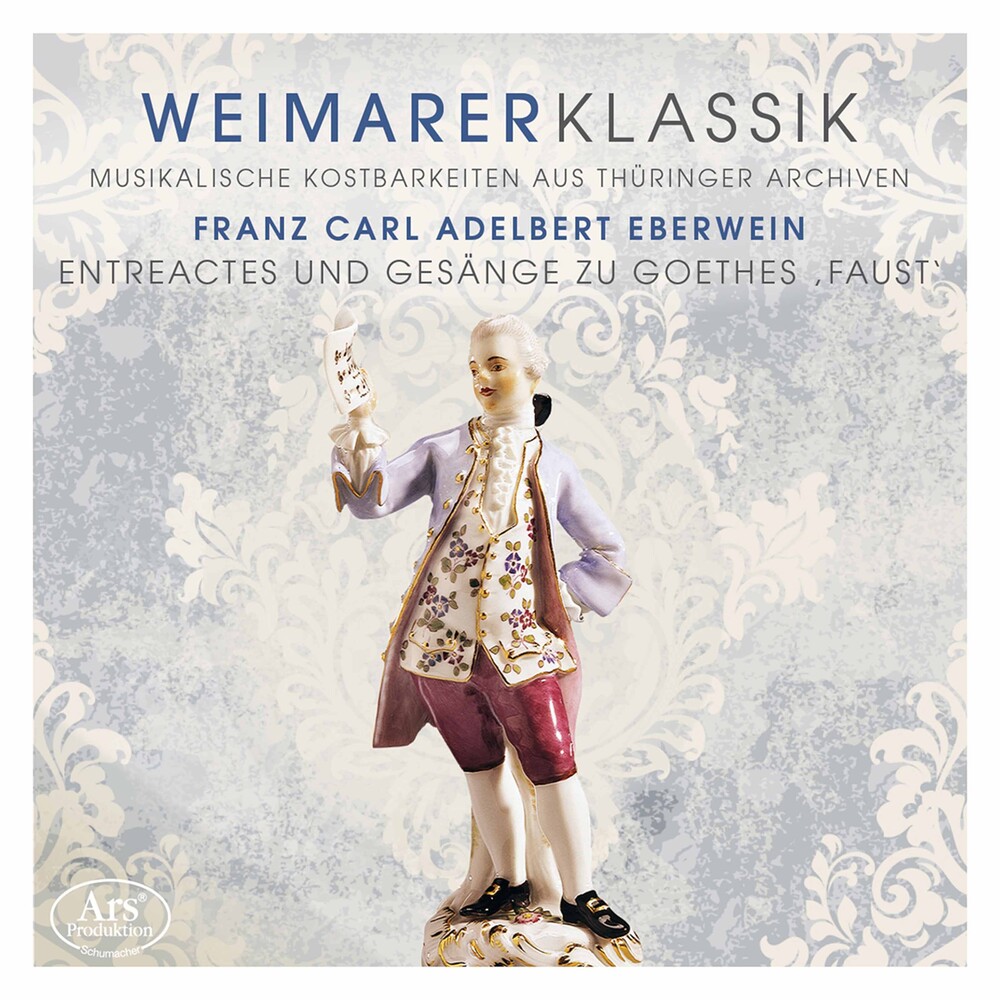 The fourth episode of the "Weimar Classic" is dedicated to Franz Carl Adelbert Eberwein's "Entreactes and Songs to Goethe's Wife". It's a world premiere recording and is presented by the chamber choir of the Hochschule fĂĽr Musik "Franz Liszt" Weimar under the direction of JĂĽrgen Puschbeck. They are accompanied by a number of speakers and singers, including Hans Burkia in the role of Faust. Franz Carl Adalbert Eberwein (10 November 1786 - 2 March 1868) was a German composer and violinist. He was born in Weimar, Germany and learned music under the consultation of his father. He was good friends with Johann Wolfgang von Goethe, and put music to many of his works, such as Faust and to Proserpina.