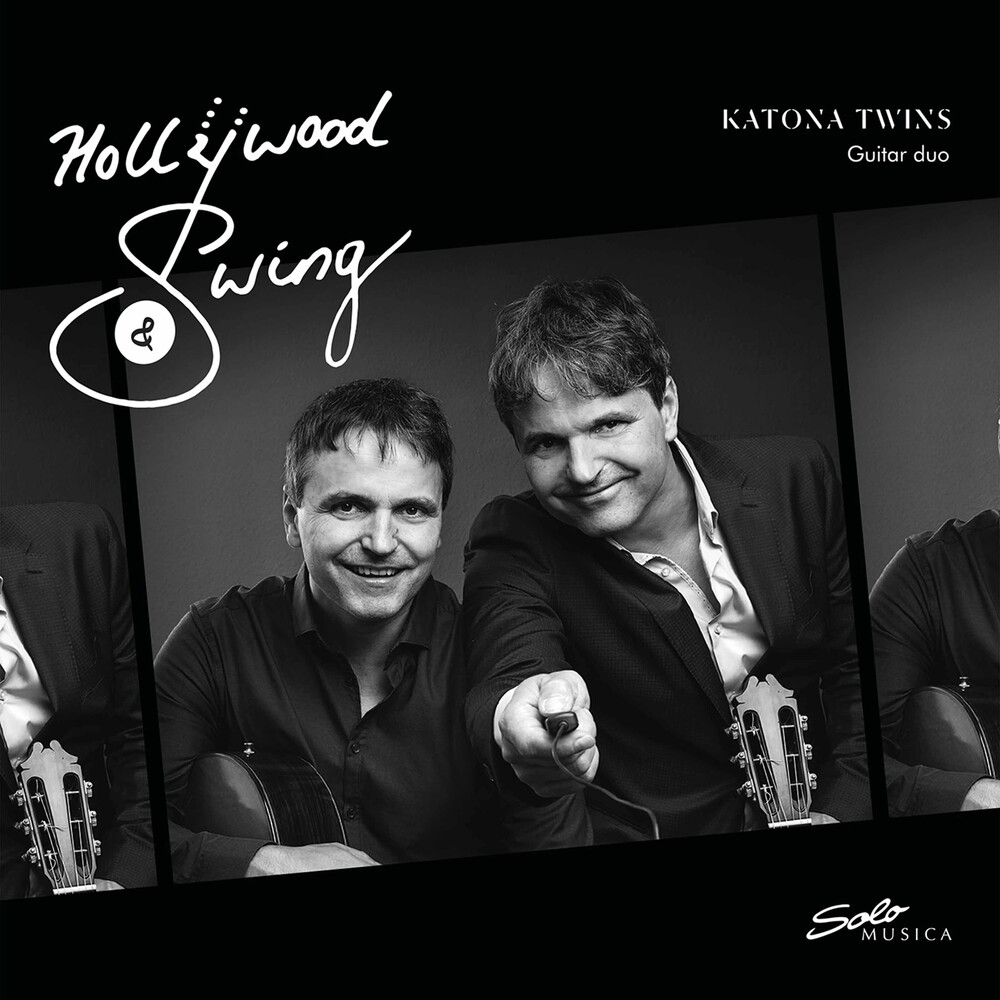 Zoltan & Peter Katona write: "A couple of years ago we were invited to play a Hollywood themed programme in Grafenegg/Austria. We quickly arranged a handful of well-known film music pieces and performed them along with some original compositions for two guitars by M. C. Tedesco, a prolific film music composer in the forties and fifties. We couldn't omit the king of gypsy jazz: Django Reinhardt, whose compositions often enliven Hollywood films. The concert was a huge success and we received an unusually high number of requests for a film music themed record. From this, our Hollywood and Swing album was borne. Some of our choices of repertoire might seem over ambitious, especially when reducing the whole orchestral sound to two guitars. We hope nevertheless, that our interpretation of these iconic Hollywood film scores like "The Deer Hunter" or the beautiful tunes from the "West Side Story" will provide the listener with as much pleasure as we had playing them."