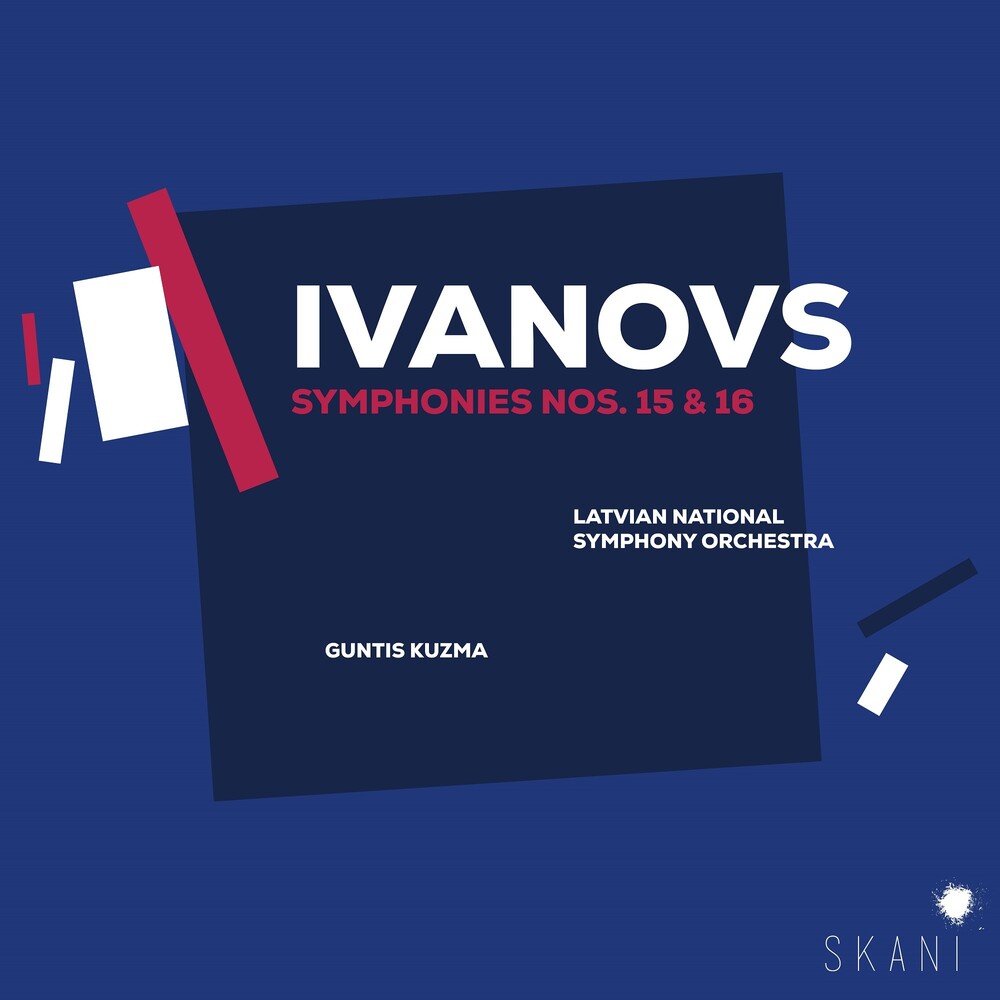 Janis Ivanovs' (1906-1983) Symphonies Nos. 15 &16 see their world premiere release in this 2021 studio album by the most prominent Latvian orchestra - the LNSO. Available previously only as broadcast copies and ageing LP records from the 70ies and 80ies, these timeless pieces by perhaps the most talented Latvian symphonic composer are now available to a wider audience. Ivanovs' Symphony No. 15 is titled "Symphonia ipsa", or, the "symphony of itself. But it's no secret that such a description could pertain to almost all of his symphonies. In this context, another well-known observation is perhaps even more important, namely, that in every worthwhile work of art, the composer first expresses the most important truths about his or her era, then about society as a whole, and only then about him- or herself. And this fully applies to the art of Ivanovs. Ivanovs composed the Symphony No. 15 in 1972 and the Symphony No. 16 in 1974. Formally, a turning point exists between these two works, because No. 16 marks the beginning of a series of late scores that, to quote musicologist Mikus Ceze, "portray a sense of the times during the decline of Leonid Brezhnev". However, Ivanovs was never much influenced by the optimism of the 1960s, which in the cultural realm of the pre-stagnation era had been sparked by a hint of slightly greater political freedom, obvious progress in the exact sciences, unprecedented success in spaceflight and, yes, also economic growth. As already mentioned, he saw and understood things more clearly than others, which is why the Symphony No. 15 sounds concordant with the next symphony. For this reason, it is worth tracing all of Ivanovs' symphonies to notice at what point the key conceptual patterns that are fully expressed in his musical thinking of the 1970s materialised. This was a society that lived in lies, and Ivanovs saw this very clearly. The world view symbolically portrayed in his music contains a discrepancy between illusion and reality, official propaganda and what is seen on a day-to-day level, precise rationality and never-suppressible emotional feeling and unconscious impulse, mass culture and high art, which, despite politically proclaimed support, felt more and more like an endangered species. Here we hear the discussions of a creative and independent individual with himself as he struggled with egoism, with the phantoms of consciousness, with weaknesses in character, will and intellect, posing questions of an existential nature and at the same time being well aware of the fact that there can be no unequivocal answers. And then a tear appears in the metaphysical fabric of the symphony that reveals a view towards a different reality, one that demands concepts such as rescue, salvation, forgiveness, equalisation. But the composer remains attached to his era and his environment; the need for religious mystery appears as a distant promise, but delving into psychological mysteries provides relief for only a moment.