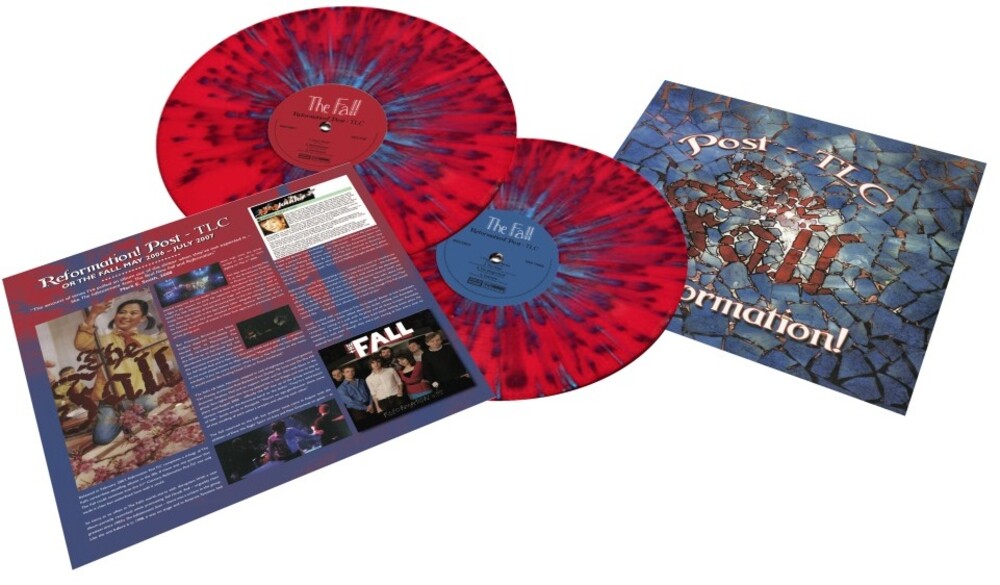 Double splatter colored vinyl LP pressing. Digitally remastered edition. The Fall was an English post-punk band, formed in Manchester in 1976. The band existed until 2018 and was essentially built around it's founder and only constant member Mark E. Smith. Initially associated with the punk movement of the late 1970s, the group's music went through several stylistic changes over the years but is often characterized by an abrasive guitar-driven sound and frequent use of repetition, and is always underpinned by Smith's distinctive vocals and often cryptic lyrics. The band is noted for it's prolific output and released over 25 studio albums (more than triple that counting live albums and other releases). They never achieved widespread public success beyond a handful of minor hit singles in the late 1980s, but maintained a strong cult following. The band was long associated with BBC disc jockey John Peel, who championed them from early on in their career and cited The Fall as his favorite band. Reformation Post TLC was released in February 2007 and features Mark E Smith and his wife, Elena, with newcomers Tim Presley and Rob Barbato, Orpheo McCord and Dave Spurr. Presley, Barbato and McCord, all Americans, joined the band as emergency replacements for Ben Pritchard, Spencer Birtwistle and Steve Trafford, all of whom quit the band during an American tour in April 2006.