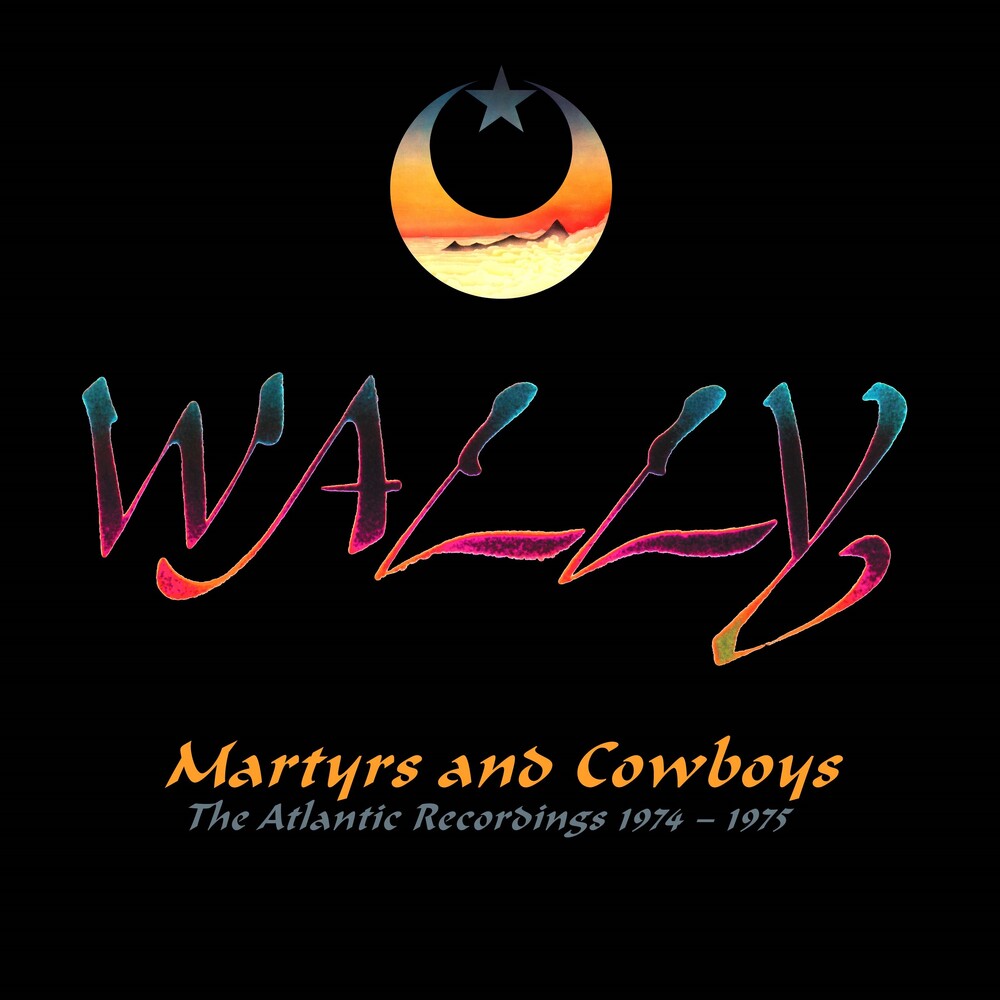 Esoteric Recordings is pleased to announce the release of a new re-mastered 2 CD anthology featuring all the recordings made for Atlantic Records by the band WALLY. Formed in Harrogate, Yorkshire in 1971, the band initially featured Roy Webber (guitar, lead vocals), Paul Middleton (steel guitar, bass), Pete Sage (violin, bass, mandolin), Paul Gerrett (keyboards), Pete Cosker (bass, guitars, vocals) and Roger Narraway (drums). The band's sound was unique for the era, being a fusion of progressive and US West Coast rock influences, which combined to give Wally an identity that made them stand out from their contemporaries. A support spot for Cockney Rebel in London in 1974 brought them to the attention of RICK WAKEMAN who was impressed by the band's performance. Participation in a talent contest run by the magazine MELODY MAKER soon after led to them meeting legendary radio and TV music presenter BOB HARRIS and a recording contract with Atlantic Records soon followed. The band's debut album, WALLY, issued in 1974, was produced by Rick Wakeman and Bob Harris and featured excellent material, including the epic 'To the Urban Man'. It's release led to the band developing a loyal following on the live circuit assisted by extensive touring in Europe and the USA. Prior to the recording of Wally's next album keyboard player Paul Gerrett departed and he was replaced by Nick Glennie-Smith. This change in line-up saw the band move further in a progressive direction for the album VALLEY GARDENS, issued in 1975. The album was dominated by the excellent side-long piece 'The Reason Why' and also included the track 'Nez Perc'e' which was issued as a single and gained some considerable airplay. With changing musical fashions Wally disbanded in 1976 (although they would reform in 2009). This anthology is newly re-mastered and gathers together all the tracks from both albums issued by Atlantic Records along with two rare B-sides of singles ('The Life You're Living' and 'Right by Me') both appearing on CD for the first time. MARTYS & COWBOYS also includes an illustrated booklet with a new essay by Malcolm Dome featuring exclusive interviews with band members Roy Webber and Paul Middleton.