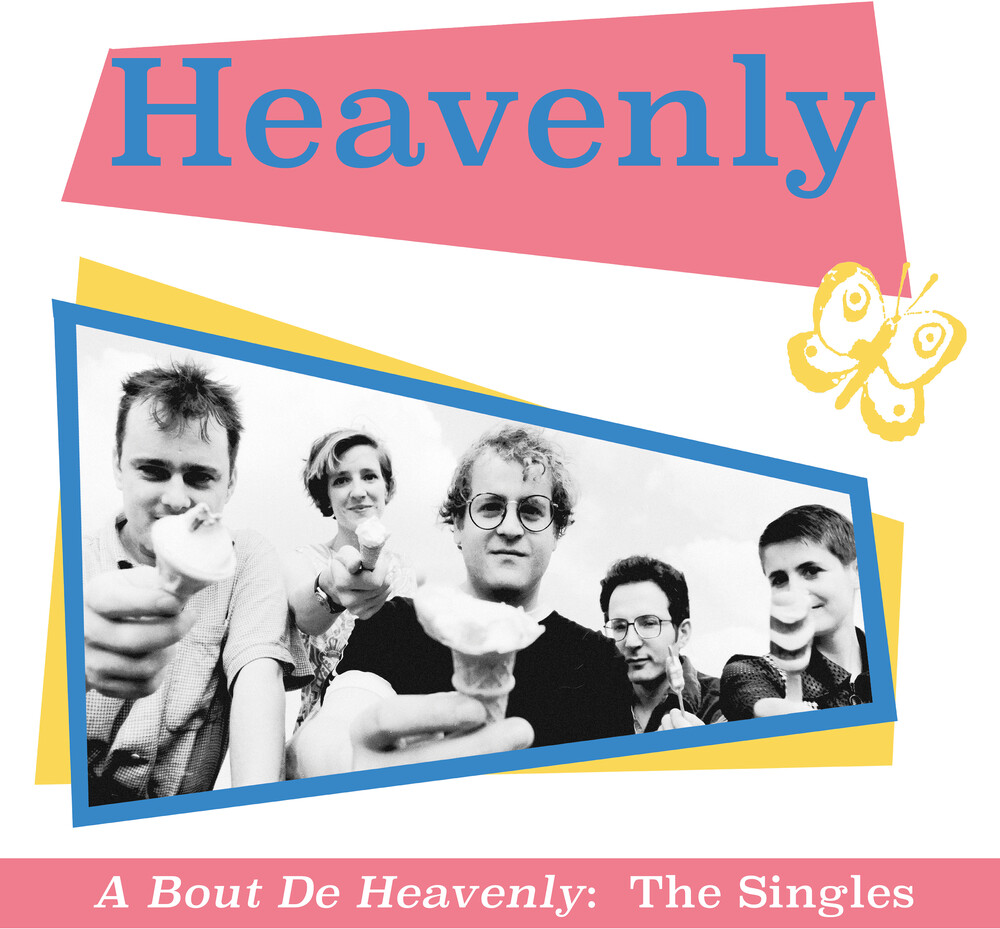 Heavenly's classic singles on a brand new compilation album! A potted history of Heavenly... Heavenly debuted with the 7" single 'I Fell in Love Last Night', followed by another 7", 'Our Love Is Heavenly', both released in 1990 on Sarah Records. Heavenly vs. Satan, the group's debut album, came out in 1991. Before releasing the critically acclaimed Le Jardin de Heavenly, Cathy Rogers (keyboard, back-up vocals) joined the band. Her harmony vocals and keyboards became an integral part of the group's sound. Before their next long-player, Heavenly released two non-album 7" singles, 'P.U.N.K. Girl' and 'Atta Girl'. These signalled a growing complexity in Amelia's songwriting, particularly 'Atta Girl', in which Amelia and Cathy sung in rapid-fire trade-off vocals. A broadening (and darkening) of lyrical subject matter was shown in the B-side, 'Hearts and Crosses', which told the story of a date rape, with an upbeat keyboard riff providing an ironic counterpoint. The band's third LP was The Decline and Fall of Heavenly (1994). Here the group were at their most commercial and at their most attuned with the growing Britpop movement. The arrangements expanded even more to include strings and a large amount of percussion, and the dual-vocal trick was used on several tracks. Lyrically, the old romantic view of love was largely banished, but the tunes remained as upbeat and joyful as ever. The group's last album was Operation Heavenly (1996). Arriving in the middle of the Britpop boom, the album contained such fine singles as 'Space Manatee' and 'Trophy Girlfriend'. Despite the closing of Sarah Records and release on Wiiija, the album was still recognisably the Heavenly sound. Shortly before the release of Operation Heavenly, Mathew Fletcher, the band's drummer and Amelia's brother, committed suicide. The remaining members announced that the band name Heavenly was to be retired.