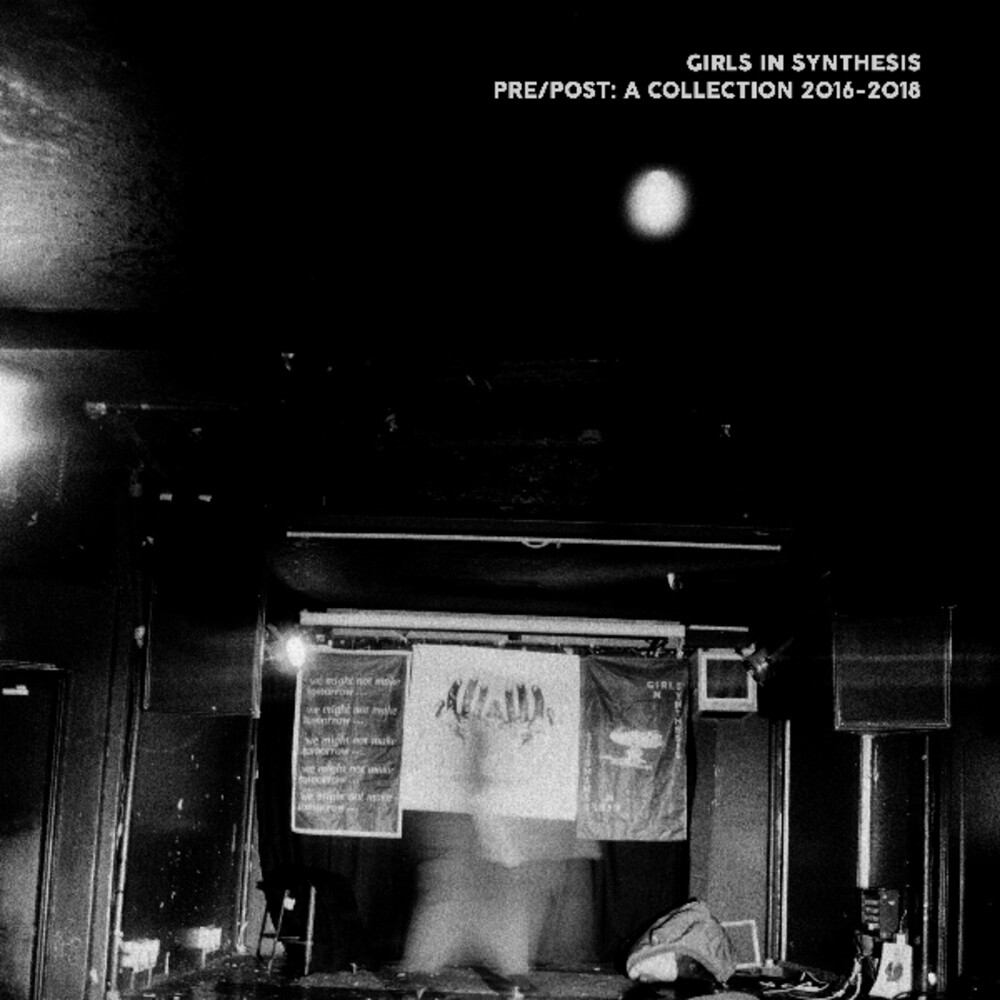 Pre / Post: A Collection
Artist: Girls In Synthesis
Format: Vinyl
New: OUT OF STOCK. Contact us for availability!
Wish

This collection of scarce and sought-after recordings was originally released by Louder Than War and sold out pretty much straight away. Girls in Synthesis have quickly forged a fearsome reputation as one of the most exciting and volatile live acts in London. In equal parts frantic, considered, ear-splitting and melodic. Pre/Post sees Girls in Synthesis compile their three previous EP releases and also sees inclusion of their debut single The Mound/Disappear, never released before on vinyl. Experimentation has seen them transgress the punk bracket into something more original and unique while stage shows present a complete and controlled spectacle, with the group moving from playing on stage to dragging equipment into the audience, desperately trying to remove the group/audience barrier. Their explosive shows have seen them hand-picked for support slots with bands as disparate as Bad Breeding, Slaves, Pigs Pigs Pigs Pigs Pigs Pigs Pigs, Wolf Alice, Warmduscher, and Damo Suzuki. The lopsided, fuzz groove of "Disappear" rubs shoulders with the bass-driven, future crowd favorite "The Mound" to add up to a frantic and stripped-back, stunning calling card. Follow up EP Suburban Hell saw the group develop the sonic aspects of their music, with the harshness ramped up and subtle but powerful production aspects pushing songs like "Suburban Hell" and "Phases" into harsh, noise-punk territory. Second EP, We Might Not Make Tomorrow, added a slight melodic edge to the previous aural bludgeon, whilst the lyrics to songs like the title track, "Sentient" and "Tainted" explore deeper issues such as the threat of nuclear war, animal cruelty and the outcome of the USA presidential election. The third EP, Fan The Flames, further presses into deeper lyrical territory, with songs focusing on government neglect, anxiety, and mental health issues. The production receives even further toughening up and also features the group's first foray into spoken word in "Howling", albeit with a glitchy, unmusical, harsh noise backdrop.