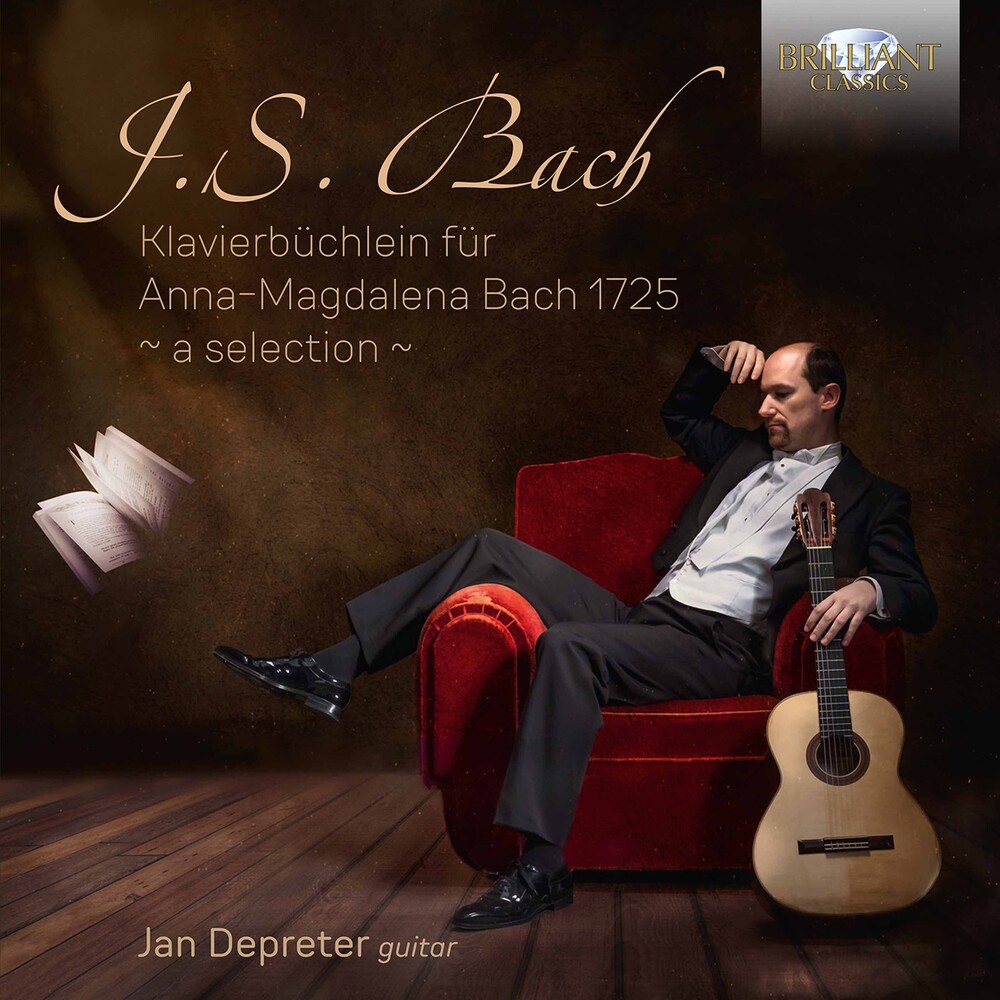 While this selection of little musical gemstones is probably best known for it's educational purposes in the keyboard world, this music can take on much more depth and poetry in the hands of a sympathetic interpreter such as the Belgian guitarist Jan Depreter. Compiled in 1725, the notebook is an intensely personal and charming compendium of favorite pieces played on a daily basis in the Bach household, from early-morning practice sessions to nighttime lullabies and consolations. For generations of music enthusiasts, Anna-Magdalena's Notebook has provided an introduction to the music of Johann Sebastian Bach and offered a unique insight into the musical life and character of the Bach family, as well as a rare glimpse of 18th-century domestic music making. The manuscript is arranged not in graded levels of technical difficulty but according to an artistic plan, beginning with the prelude from Johann Sebastian's A minor Partita and ending with the chorale O Ewigkeit, du Donnerwort, taking in along the way the Aria from the Goldberg Variations as well as short pieces by his sons and ancestors. The aria from the cantate Ich habe genug!, shows how even highly organized compositions were freely adapted to fit a more intimate performance. The German gitarre-und-laute. de site praised Depreter's previous Brilliant Classics album for it's 'flawless and beautiful' playing of the complete guitar music by JoaquĂ­n Turina. He is an experienced professor of guitar based in his home city of Antwerp, and this album is the result of 20 years' study and performance, being the combination of sessions that took place in 1999 and 2019. In whichever guise, the KlavierbĂĽchlein 'brings back some tranquility and serenity to counterbalance the hectic struggle that is often modern-day life,' says Depreter. 'It is the kind of music I would like to hear myself when coming home. '