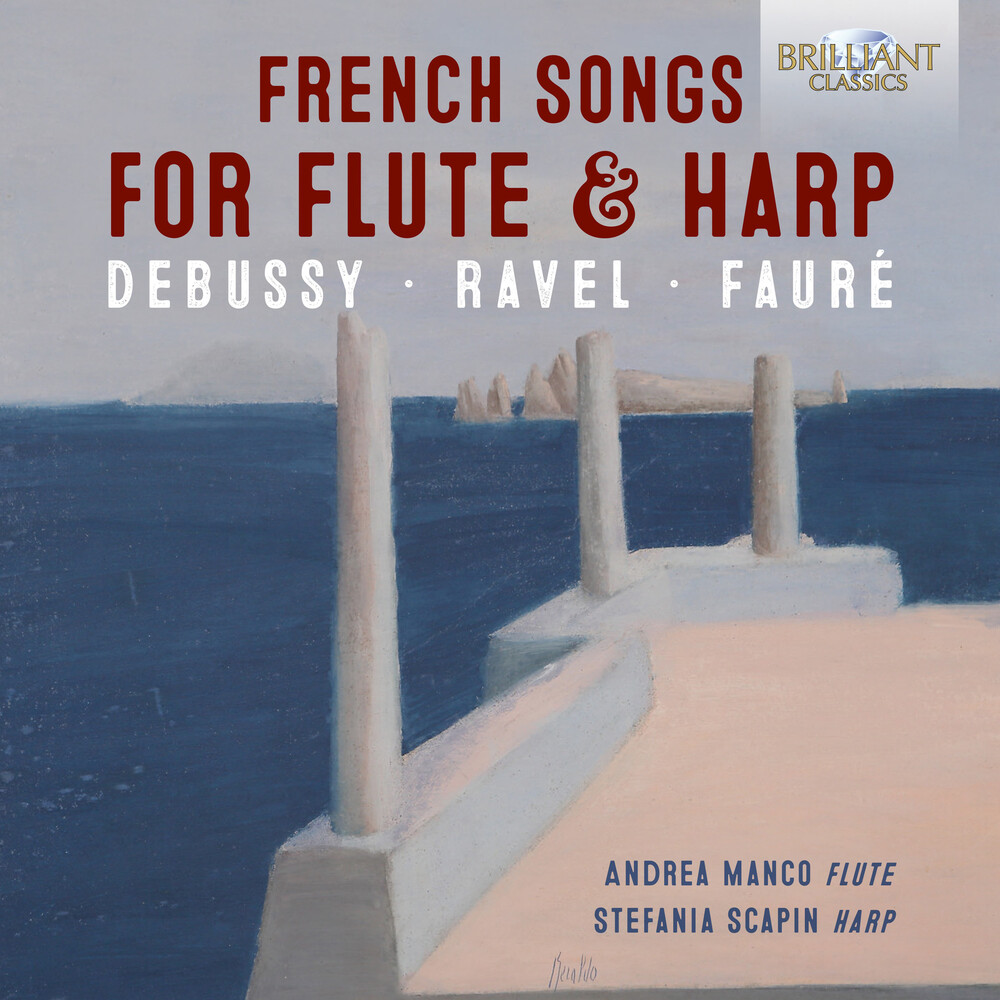 Stefania Scapin's performance on YouTube of Debussy's Clair de lune eloquently demonstrates how sympathetically the impressionist writing of French composers translates to the harp in the right hands. Here in partnership with the flautist Andrea Manco, who joined the Orchestra of La Scala Milan in 2014, she presents some of the best-loved masterpieces by three giants of turn-of-the-century French music. An opening trio of Debussy numbers includes the evergreen Rêverie, ideally suited to the dreamy colours of flute and harp. The Arabesque which would usually form an 'instrumental interlude' precedes the two brief but voluptuously harmonized Romances. The Cinq Mèlodies Populaires Grecques and Deux Mèlodies Hèbraïques by Ravel make a piquant contrast with their much more melismatic writing for the melody instrument, exotically soaring above the accompaniment. The album ends in a mood of refined melancholy with seven songs by Fauré, including another Clair de lune as well as Chanson d'amour and the unavoidable Après un rêve, subject before now of countless arrangements which have rarely captured the rapturous ecstasy of the original like this transcription. As Stefania Scapin observes in her booklet notes, the flute becomes the voice of the poetic text without expressly 'speaking'. It nevertheless communicates the poetic meaning through those melodious qualities which distinguish it as an extension of the human voice. The harp becomes a secure but suspended base between the here and now of the plucked string and an unpredictable and mysterious continuation of sound. This delicate balance of sound and memory belongs to the language of the French impressionists, and these performances will afford delight as well as insight into the original songs.