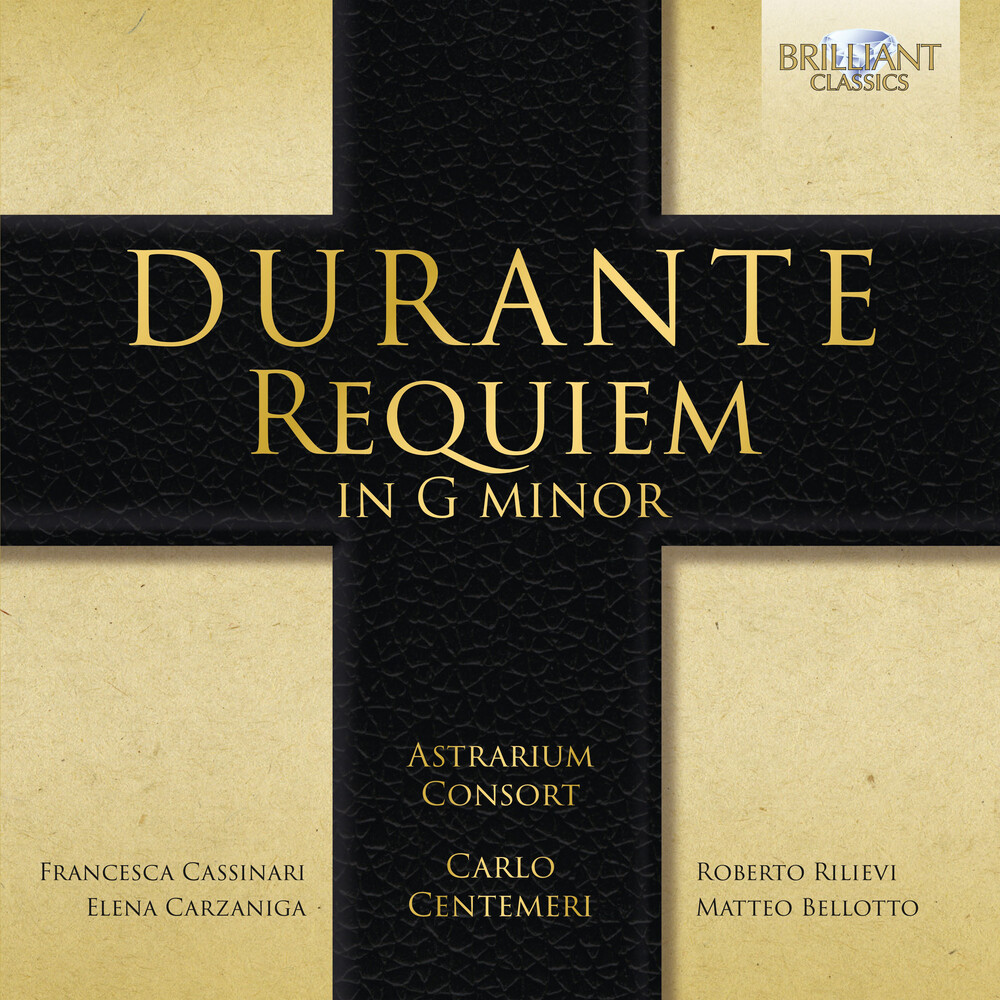 The second of three settings that can firmly be attributed to Durante, the G minor Requiem is dated 27 November 1738, by which time the composer was established as a senior figure in the vibrant and fast-moving culture of 18th-century Naples. Durante was a contemporary of Nicolo Porpora and Leonardo Leo, whose Salve Regina settings have been newly recorded on another recent Brilliant Classics album (96092) but they were better known as operatic composers; Durante's fame and reputation rested then and now on his music for the church, which is noble without ponderousness, moving without sentimentality, elegant without triviality. Compared with other Neapolitans, Durante was not prolific; he strove instead, within the conventions of his age, to strike a popular tone with intimations of the sublime, and he did so by using startling dissonances, expressive use of dynamics, diminished chords and chromaticism. The G minor Requiem demonstrates all these features. It is scored for two four-part choirs, strings and two hunting horns used exclusively in the 'Tuba mirum'. Even a casual glance at the score shows why Durante was greatly sought after as a counterpoint teacher and also why composers as different in as Pergolesi and Paisiello can be numbered among his pupils. Previous recordings have used large choirs, but performing the Requiem with small forces highlights the madrigalian qualities of Durante's style, with an emphasis on solo rather than choral lines, as well as achieving much tighter ensemble and more precise intonation. Several of the soloists on this album also featured on the previous Brilliant Classics recording by the Astrarium Consort with their founder/director Carlo Centemeri, of motets by Giovanni Paolo Colonna (94647). 'Soprano Francesca Cassinari has a particularly appealing sound (for me). Her clear, pure voice serves the music well... The Astrarium Consort has a good ensemble sound. ' (wtju. Fm)