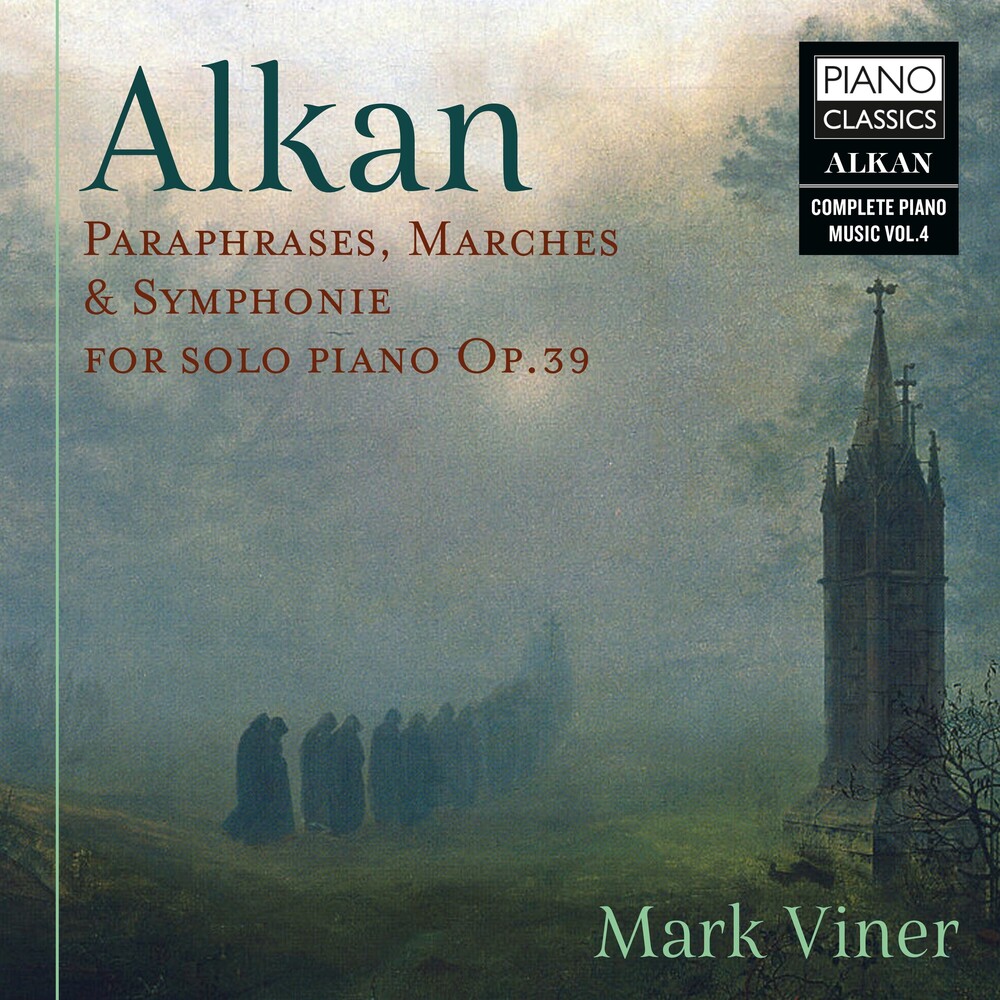 Perhaps the most enigmatic figure in the history of music as a whole, let alone the 19th century, Charles-Valentin Alkan remains one of the most intriguing and alluring names among the pantheon of pianist-composers. According to Franz Liszt, Alkan possessed the finest technique he had ever seen yet preferred the life of a recluse. The outstanding masterpiece of the album is the 'Symphonie' for solo piano which Alkan drew from his set of 12 Studies Op.39. It opens with an Allegro which is one of the composer's most darkly impassioned conceptions, in which declamatory rhetoric, passionate outbursts and towering climaxes are all bound by a tightly organized structure. The piano writing is distinctly orchestral in nature, hence the 'symphonic' designation, demanding that the intrepid soloist make his or her way through towering conglomerations of sometimes ten note chords, thick, chordal tremoli and volleys of double octaves: only fully accredited virtuosi need apply! The Symphonie is placed on this album as the climax to a sequence of grand marches conceived on a similarly grand scale. They include the Three Cavalry Marches Op.39, which find Alkan at his most concise, in the Berliozian No.1, his most eccentric (the trio of No.2) and whimsical (No.3). Like them, the Marche funebre Op.26 bears witness to Alkan's ability to channel a latent and, at times, menacing power through material of the slightest substance. The following Marche triomphale Op.27 is a massive, swaggering affair, in contrast to the ruminative melancholy of the opening paraphrase Op.45 on a poem by Legouve set in a cemetery and cast in Alkan's most elegiac vein. A profound sadness also inflects the opening section of the composer's ingenious instrumental setting of Psalm 137, 'By the waters of Babylon'.