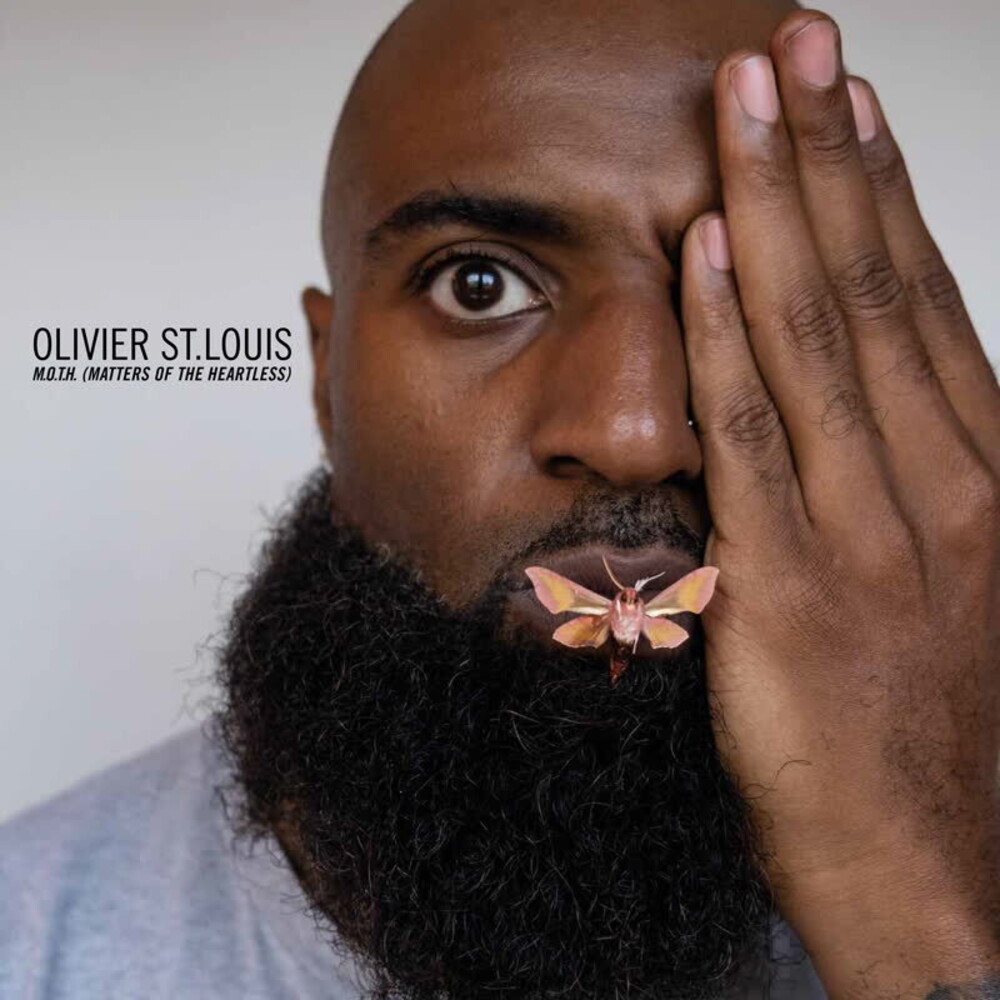 M.o.t.h. (matters Of The Heartless)
Artist: Olivier St. Louis
Format: Vinyl
New: OUT OF STOCK. Contact us for availability!
Wish

Following on from a series of singles, 'Runnin' Wild', 'Confliction' and 'Jump The Line', First Word Records is very pleased to present a full-length EP from alt-soul artist Olivier St. Louis, produced by Oddisee - 'M. O. T. H. (Matters Of The Heartless)'. Olivier was born in Washington DC of Haitian and Cameroon heritage, but spent his teens studying in the UK. As a teenager, his CD and tape collection would encompass a wide range of genres, from hip hop and r&b to garage and British alternative rock. A bio-science student, Olivier couldn't suppress his true passion of music. After graduating, he took on a 'Jekyll and Hyde' lifestyle; working as a scientist in the day, and a musician at night. His work as a recording artist eventually lead to his debut release in 2011, 'The Mr. Saint Louis EP', released under the moniker Olivier Daysoul and produced by longtime collaborator and fellow Washingtonian, Oddisee, a revered hip hop producer / artist in his own right. From here on, Olivier began laying down vocals, collaborating and touring with a wide-range of artists over the following years, including Hudson Mohawke, C2C, Laura Mvula and German rockers, AnnenMayKantereit. After taking a hiatus from feature work, Olivier decided to concentrate on nurturing his own sound. Embracing a newfound love for blues, rock and funk, a series of late night sessions saw him engulfed in new soundscapes, and reverting back to his birth name, Olivier St. Louis. This saw him release two critically-acclaimed EPs with Berlin-based label, Jakarta, and the release of 'The Serious EP' with Bibio on Warp Records. Following world tours with many of the afore-mentioned, Olivier has been working on all-new material, which is now set to be unleashed upon the world via Worldwide Award-winning London label, First Word Records. The 'M. O. T. H. ' EP begins with the downtempo bump of 'Jump The Line' before the adrenaline-racing rhythm of 'Runnin Wild' steps up the pace. Next is second single 'Confliction'; a considerably moodier affair, with Oddisee on assist on the bars as well as on the boards. The flipside begins on a similar vein as the first with the smoothed-out soul of 'All In Love', before we head into the slightly jazzier tinged 'Quit'. 'Serotonin' follows next with a groove and bassline reminiscent of Sly Stone, before we close out with the feel-good uptempo boogie stepper, 'Steady'. With Oddisee on the boards throughout, this EP exemplifies Olivier's unique take on alternative soul. Comparisons have already been made to something between D'Angelo and Shuggie Otis - big boots to fill, though easy to believe once you've seen and heard this man do his thing. This EP is essentially a classically-structured selection of soul-funk with a rock edge, and a touch of jazz. Each track is laced with Olivier's sweet harmonies and fuzzed-out guitar licks throughout, and mixed down with a little 2020 boom bap thump. A prime example of Olivier's unique talents and a set of quality contemporary alt-soul. When asked his thoughts on his artistry, Olivier St. Louis simply states 'no punches pulled, no compromises, just me'.