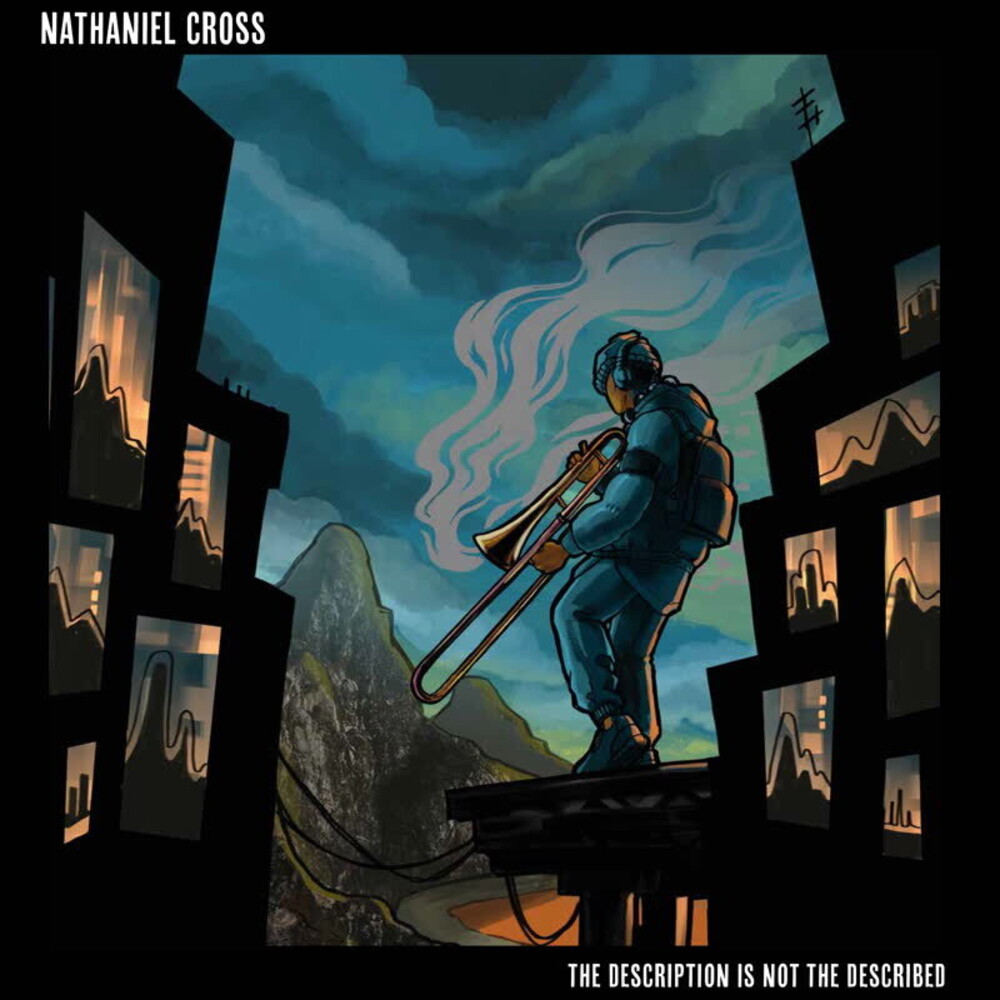 The Description Is Not The Described
Format: Vinyl
New: OUT OF STOCK. Contact us for availability!
Wish

First Word Records is incredibly proud to welcome Nathaniel Cross to the label, here with his debut solo EP 'The Description Is Not The Described'.Once dubbed 'the Quincy Jones of Catford' by Rolling Stone magazine, the South Londoner has been a prominent force behind the scenes for several years now as an arranger and trombone player. His skillset has seen him perform and record with a wide range of luminaries including Solange, Emile Sande, Stormzy, Zara McFarlane, Kano, David Murray, LCSM, Swindle and Macy Gray to cite a few, additionally to working on both of Moses Boyd's albums, including the Mercury Prize nominated 'Dark Matter'. Growing up in a musically-focused family, Nathaniel has been playing the trombone since the age of 10 and studied at Guildhall School of Music & Drama. Two decades since first picking up the trombone, it's now finally time for Nathaniel to release his own compositions into the world.So to the EP - a four-track instrumental opus that falls within the cracks of contemporary jazz, whilst encompassing a wide-range of black music sub-genres that he heard growing up in a British-Caribbean household. 'The overview for this EP at the core of each track is jazz arranging, but disguised under a range of styles of music from the black diaspora' says Nathaniel. Sonically, the full-set threads in strains of bruk, calypso, dancehall, neo-soul, hip hop, gospel, afro-Cuban and West African music.The title itself 'The Description Is Not The Described' comes from a quote by Jiddu Krishnamurti. In Nathaniel's words 'the title is a reflection of where we are in the world today. So many of us are caught up in labels and descriptions that we end up looking at people for WHAT they are, rather than embrace them for WHO they are. No matter how detailed the description is, it will never capture the essence'.The EP's track subjects encompass a range of topics, from grief and loss ('Goodbye For Now', dedicated to Nathaniel's late father), to overcoming the trials and tribulations of life ('Charge It To The Game'), to remaining positive in challenging times ('Light In The Darkness'), to looking for validation internally instead of externally ('Who Looks Inside, Awakes', named after a Carl Jung quote).
back to top