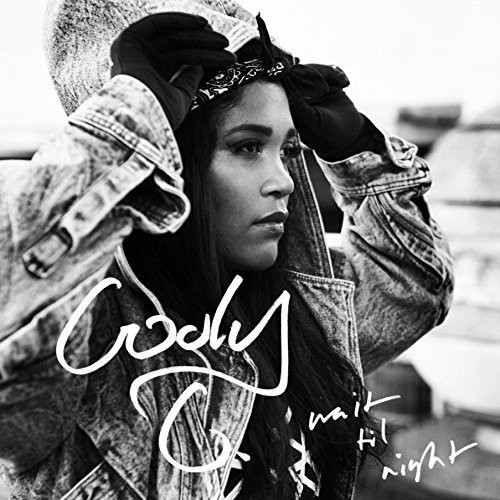 Cooly G returns with "Wait 'Til Night", an album of sensitive, lo-fi bedroom music, it's lyrics sketching dreamy scenarios of seduction lust and sex. The moody South London house of her debut album 'Playing Me' and her DJ sets has given way to a near-horizontal, sometimes melancholy and highly original take on R'n'B. The tracks swing effortlessly with no-fuss musical arrangements that are filtered through reggae sound system culture and US R'n'B in equal amounts, with a slight hint of dark synthpop wound throughout. The pace has come down from the deep, tribal house she's known for so far, with the only constants that run through the album her intimate vocals and smokey synths cross-hatched with her characteristic broken rhythmic sense. Opening with title track, Cooly coos about a date, over an infectious synth lead that wouldn't sound out of place on a Depeche Mode song. 'Like a Woman Should' is twilight music, synths rolling out like clouds over pulsing drums, while the vocals whisper invitations. 'Your Sex' is a fantasy with synths and surprisingly stabbing, hooky and distorted rhythm guitar. 'I Like' feels like the opening of an especially dreamy jungle track stretched into a full pop song. 'Dancing' rolls out drums and a mini guitar figure into a gently dizzy waltz, while 'Quick Question' plays out the scenario after the dance. 'Wants' barely-there song structure of drum and occasional bass with a wiry synth lead, is accompaniment to a near whispered vocal. The pace steps up with the smouldering 'So Deep', with a deep synth bassline and a muscular hip hop beat. '1st Time' is all depth charge bleeps, guitars and piano. 'Freak You' is spacious and guitar driven with Cooly beaming in directives through a distant voice transmission. The album's final honest, angry and and forlorn track, 'The 3 of Us', comes down hard on an absent parent, a full stop on the romance that the album narrates. It also reveals Cooly G as a skilled rap artist, something she's kept hidden until now, with double-time flows casting off a missing babyfather. 'Wait 'Til Night' finds Cooly G casting her net wider than her net wider than her debut album, with songs that are more confident, accessible and stylistically consistent the album comes laced with Cooly's unique honesty and charm and is sure to win her new fans with her catchy melodies, slow-jammed stories of blighted urban romance, and engaging lack of pretension.