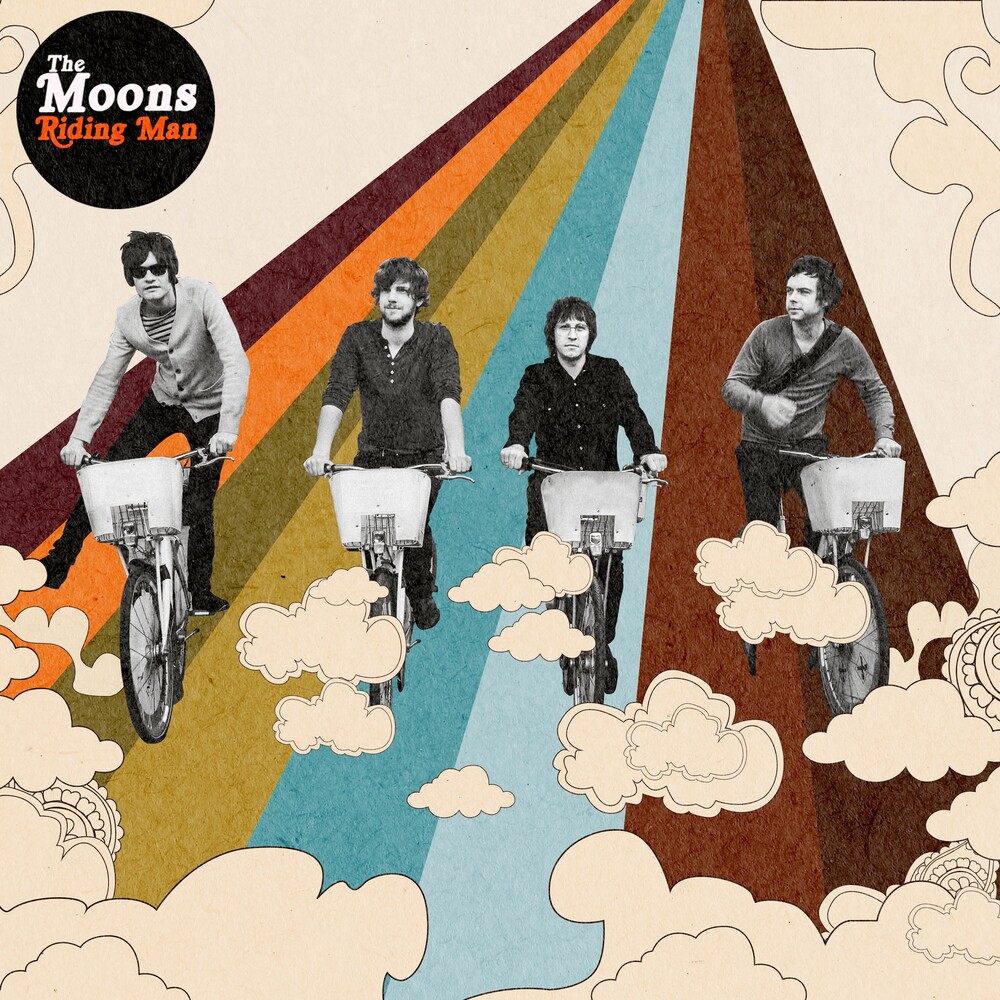 Limited to 500 copies on blue vinyl. The Moons return with a new sun-kissed song "Riding Man". A colorful, uplifting and percussive single recorded live in the legendary Abbey Road Studios London. Riding Man is the first release of many pop-fueled songs from The Moons forthcoming new album Pocket Melodies (working title). It's summer vibes place you in a festival style field with a sun kissed sky and it features wonderful artwork by Goldendaze Illustration. Along with the rest of the album Riding Man was recorded in London at Abbey Road studio 2 which as you know was the main room for most of The Beatles' magic. Completely inspired and in ore, The Moons recorded the whole album live in a day leaving a little room to sprinkle some extra magic in the comfort of Paul Wellers' personal space Black Barn Studios. "I wrote Riding Man inspired by Moons fan and friend Bradley Wiggins after he won the Tour de France". "When I first came up with the chords I immediately imagined myself with friends sat in long grass, acoustic guitars and orange skies". "It would be so easy to write something about isolation and feeling trapped right now but The Moons want to give people the opposite with this single. Freedom in the sun!" Andy Crofts (The Moons). The Moons are a 4 piece outfit formed in 2008 by frontman guitarist/songwriter Andy Crofts now also a permanent member of the Paul Weller band along with Moons drummer Ben Gordelier. Other Moonies in the band are Chris Watson guitar, Ben Curtis on bass guitar and floating member Luke Goddard who played percussion on the track and often joins the band live.