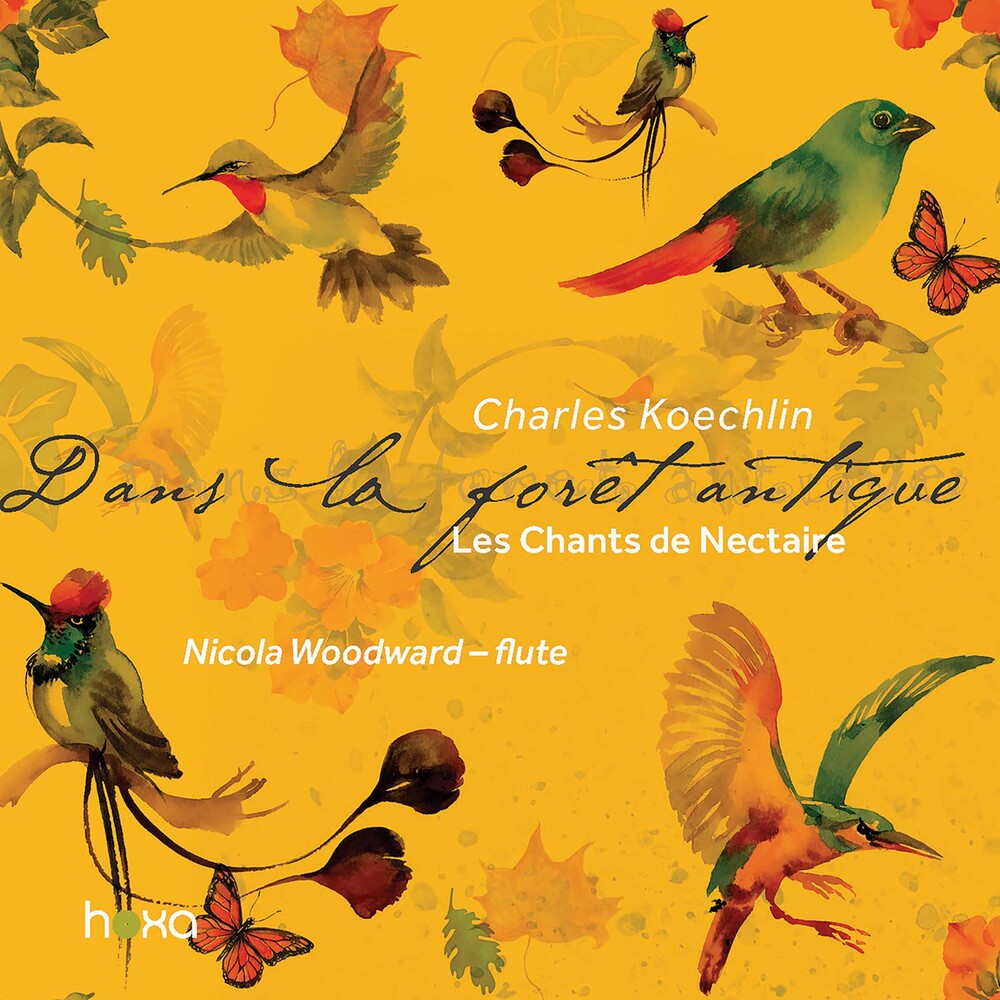 Nectaire raised his flute to his lips, a simple wooden pipe that he could have made himself. He began to play; strange phrases at first, then rich melodies over which trills shone like diamonds and pearls on velvet. The music was full of grace and audacity, one could hear all at once the sound of nightingales and muses; all of nature and all of mankind. The Chants de Nectaire were inspired by the wise old flute player Nectaire who appears in La Revolte des Anges by Anatole France (1914). The ninety-six gems were composed by Charles Koechlin over four months in 1945. Despite the speed the quality is incredible with great attention to detail; each piece is it's own unique sound world, imaginative, sensitive, beautiful and above all, sincere. Charles Koechlin (1867-1950) studied at the École Polytechnique but tuberculosis prevented him from following a military career. And so fortunately he turned to music, studying with Fauré and Massenet. He worked incredibly quickly when inspired and his output covers all genres from the vast orchestral work La Loi de la Jungle (inspired by Kipling), to choral, chamber and solo works. He favoured the flute and seemed to understand the subtleties as if he played himself. According to Koechlin, his personality was dominated by characteristics from his Alsatian roots; an energy, naivety and an absolute sincerity that lie at the heart of all his music.