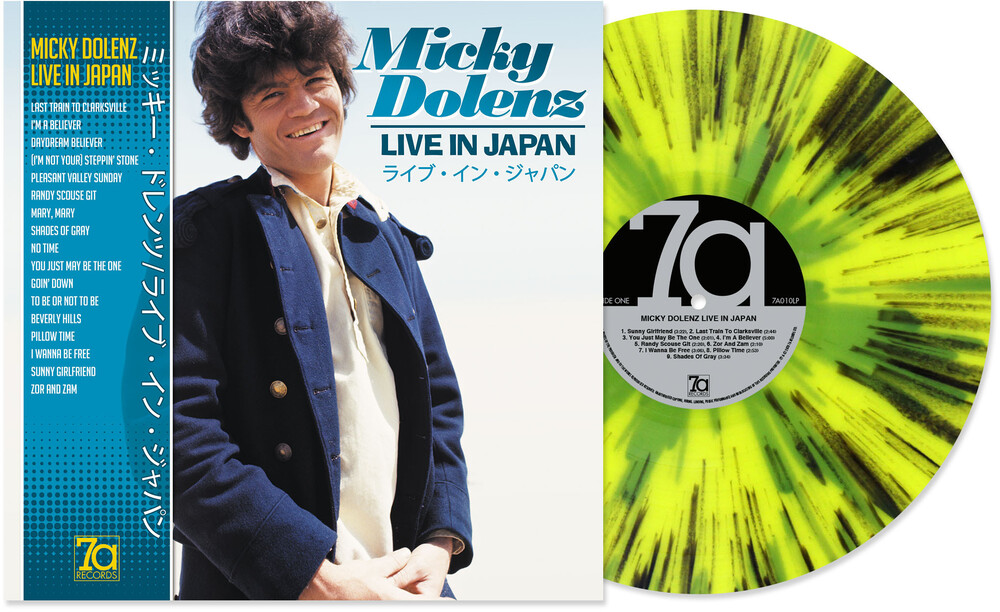 Limited 180gm splatter vinyl LP pressing. Micky Dolenz travelled to Japan in early 1982 to give his first ever tour as a solo performer, towards the end of a massive Monkees resurgence that had sparked there in the fall of 1980. Dolenz's Japanese concerts marked the closest thing he had ever done (up to that point) to a solo concert tour. While he had toured extensively in 1975 and 1976 with Dolenz, Jones, Boyce & Hart, he had seldom set foot on the concert stage post-Monkees 'on his own'. Dolenz employed a Japanese group of musicians for his backup band, hiring an outfit called Marlboro. The tour provides a revealing look into what he himself, only fifteen years removed from the original Monkees phenomenon, may have considered the crème-de-la-crème of their catalogue. While the practice of playing deep cuts for diehard fans has become more common in recent years, at this early juncture Dolenz makes some captivating choices, including: 1969's "Pillow Time", written by his mother Janelle Scott and two killer Nesmith compositions from Headquarters, "Sunny Girlfriend" and "You Just May Be The One". Also included are the Davy Jones staple "I Wanna Be Free", "Shades Of Gray" and what might be the first ever concert performance of "Zor And Zam".