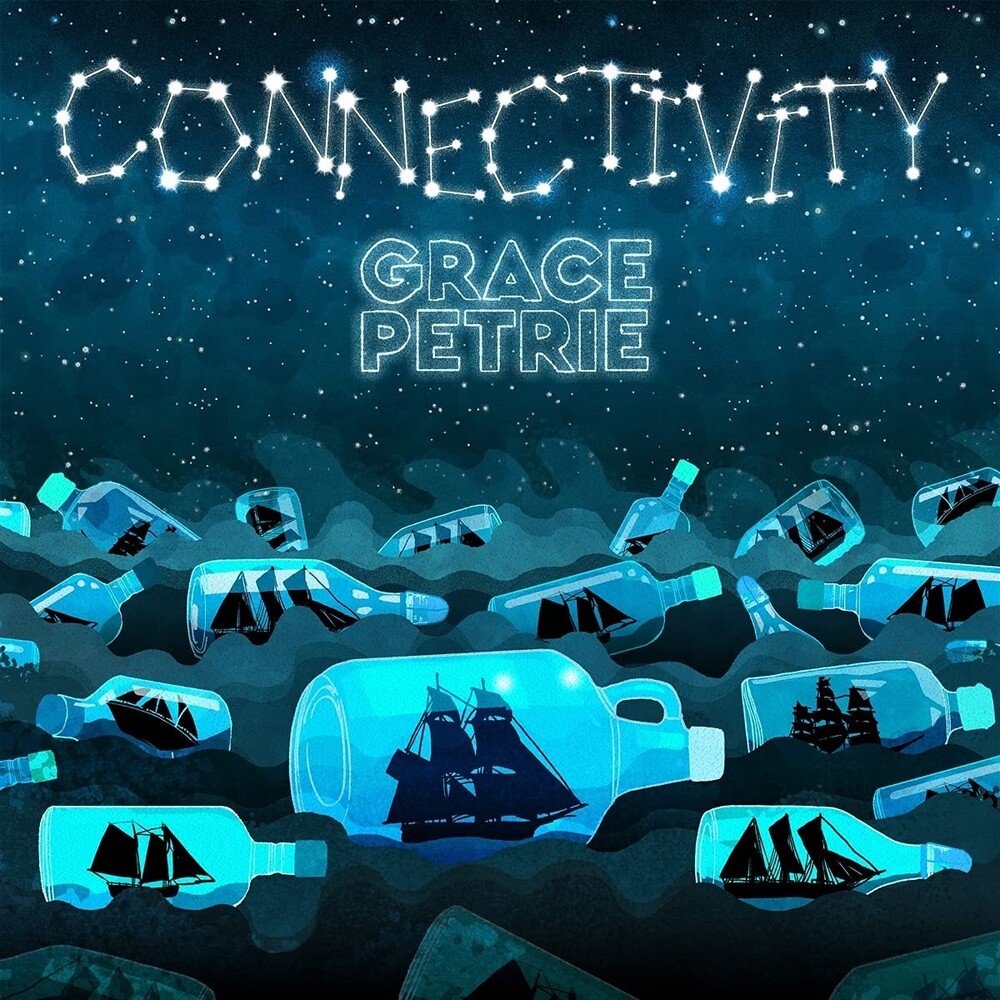 Double black vinyl LP is limited to 500 copies, does not contain a download code. More than a decade after first emerging as the voice of a generation in Tory Britain, Grace Petrie stands out as one the most important songwriters working in the UK today. Exploding onto the folk scene in 2010 with the low-fi acoustic guitar/vocal release Tell Me a Story, Petrie quickly attracted attention with her polemical folk anthems, acerbic lyricism and open-hearted performance style. Support slots for the likes of Billy Bragg and Emmy the Great soon followed, with the Guardian declaring her "a powerful new songwriting voice". The 2010s were spent relentlessly touring and, responding to the evermore dramatic political landscape, Petrie released five DIY albums of protest music in seven years. But it was the 2018 release of Queer As Folk which catapulted Petrie from cult status to mainstream attention. Both in production and songwriting, the record was a clear graduation, with rave reviews across the folk press calling it 'probably the most intelligently crafted album you'll hear this year - *' (R2) and commenting, 'she's the urgent, pulsing, compassionate talent this world desperately needs' (The Observer). Lead single Black Tie, a tender reflection on growing up queer and framed as a tear-jerking letter to her teenage self about the happier future that lies ahead, has deservedly become an anthem for queer audiences of all ages, with over 150K views on Youtube and over 600K streams on Spotify alone. The New Yorker gave a glowing live review that hailed Black Tie as 'a new gay anthem', and Petrie as 'a sort of butch lesbian Billy Bragg'. UK festivals from Cambridge Folk to Glastonbury's prestigious Acoustic Stage recognised her as a top flight artist and her debut Australian tour in Spring 2020 culminated in sold-out shows in Melbourne and Sydney.... It was all going so well! The coronavirus reached Sydney just as Petrie's tour did and, after a mad dash for an early flight home, she spent the next year and a half - the longest period of her adult life - in one place, unable to commune with others through music in the way that was innate to her since childhood. From out of this chaos comes "Connectivity", an album built from the reflections of what humanity means in a world struggling against division and destruction. Glued to one place for the first time, this is a record made firmly out of Petrie's comfort zone: slowly, intricately, and over many close-up, painstaking months: the audience and all it's comfort stripped away, and the songwriter that lies beneath the performer exposed. The result is the most honest collection of songs she has ever shared. It promises to be Petrie's most personal - and yet most universal - album to date. 'She offers hope and solidarity, born out of absolute conviction and with no trace of empty sloganeering... this wake-up call is one to be both welcomed and wholeheartedly embraced.' fRoots // 'She's the urgent, pulsing, compassionate talent this world desperately needs.' The Observer // 'Probably the most intelligently crafted album you'll hear this year' * R2 // 'Just when you thought that what folk music needs right now is a strident left-wing female causing a bit of carnage, here's Grace Petrie.