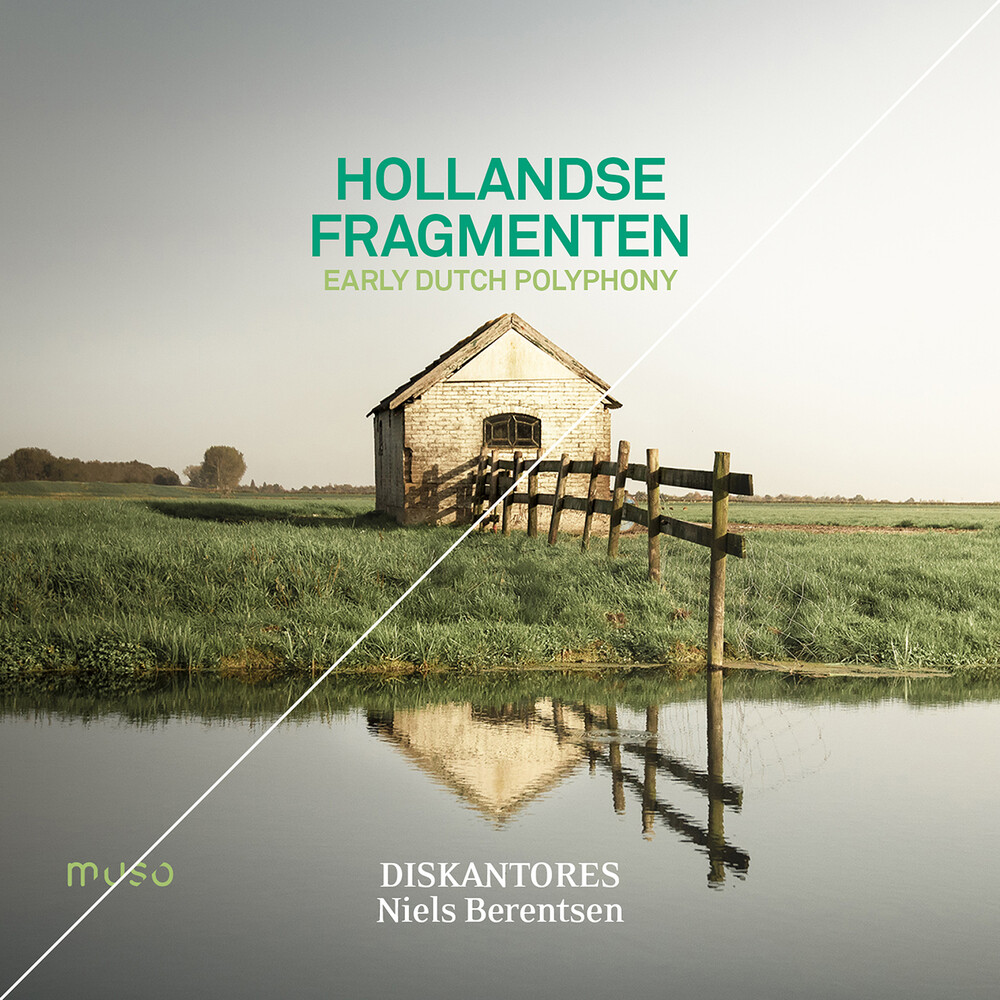 Precious little Dutch polyphonic music survives from the middle ages. Whatever is left consists of fragments of manuscripts, now kept at the university libraries of Utrecht, Leiden and Amsterdam, dating from around 1400. This means that a significant number of compositions come down to us in an incomplete state: voices are missing, and some of the music has become illegible. To make a larger portion of this repertoire accessible to the public, some of the fragments have been restored digitally, some of the lacunary pieces have been reconstructed ('recomposed') by ensemble leader Niels Berentsen. The exact provenance of the fragments is difficult to assess with certainty, but what is clear is that they originated from the Dutch language-area: in all collections we find songs on Middle-Dutch texts. It is probable that the fragments originated around the court of the county of Holland in The Hague, or in the urban environment of Utrecht, the bishop's residence. With this album, Diskantores presents a cross section of this unique, multifaceted repertoire. Liturgical pieces could have been performed as part of a mass, while secular pieces with Dutch, French or German texts would have been sung in a private circle of connoisseurs, or during festivities at the court. This then presents a project that perfectly fits muso: off the beaten track, full of joy and beautifully performed by a young vocal ensemble, joined here by Jacques Meegens on a medieval organ whose sounds leave no one indifferent. A musical treat that will lift all spirits!