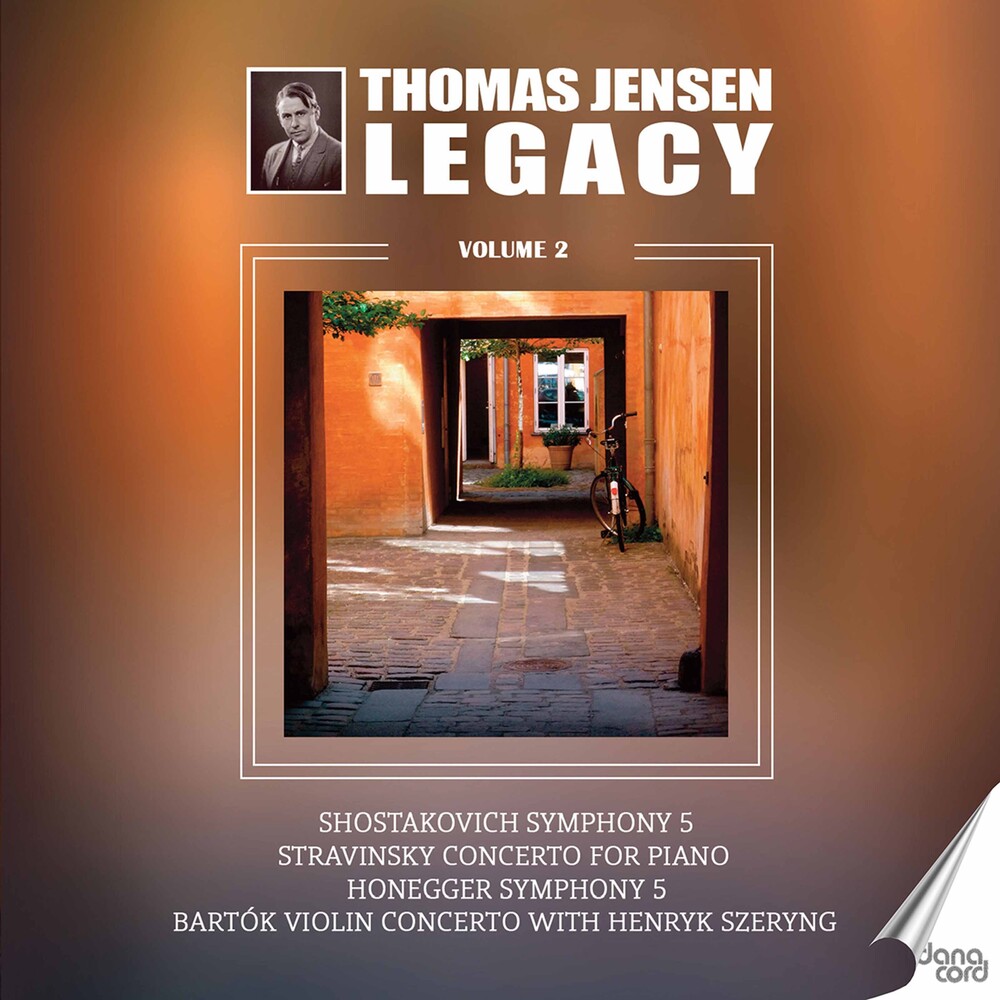 Danacord's tribute to the recorded legacy of Thomas Jensen continues with a unique compilation of 20th-century masterpieces in both live and studio performances. Available for the first time in any format. Jensen's final concert appearance with the DRSO, in a noble account of Shostakovich's heroic Fifth Symphony, recorded just a fortnight before his death. Album 2 demonstrates Jensen's mastery of a wide range of contemporary repertoire in a Paris concert from 1962. Thomas Jensen studied at the Danish Conservatory of Music. Jensen led several Danish ensembles, including the Danish National Symphony Orchestra (from 1957) and the Aarhus Symphony Orchestra (then known as the Aarhus Civic Orchestra). In Aarhus he built the small orchestra up through broadcasts and tours within Denmark and later to Germany and the Netherlands. He also conducted the Tivoli Concert Hall Orchestra.
back to top