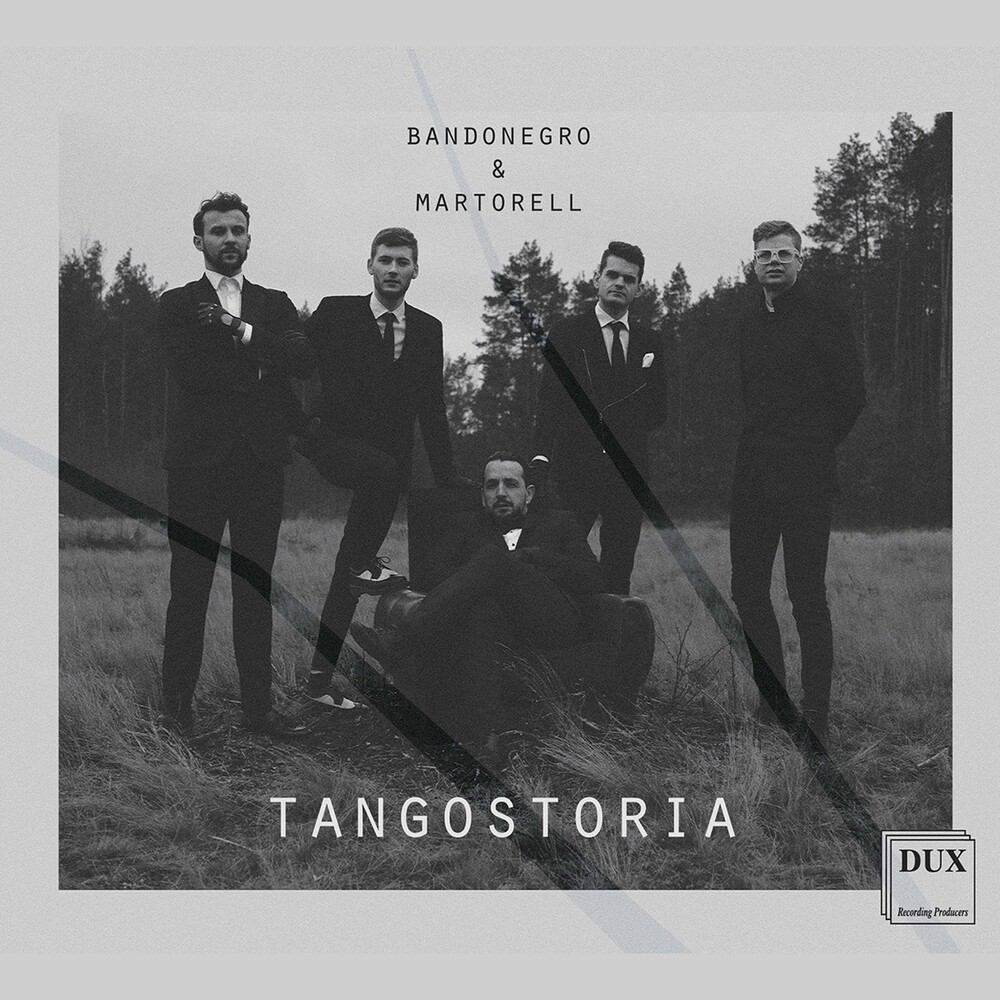 The TANGOSTORIA album is a continuation of one of BANDONEGRO's projects, in which the musicians focus on the traditional tango. The album refers to the greatest creators of this genre and is a response to the constantly growing interest in Argentine culture. We can find here the greatest hits of sung tango such as: 'Sur,' 'Remembranza' or 'Ballada Para un Loco,' but also the most interesting traditional tangos, selected by the ensemble, by such composers as Juan D'Arienzo, Alfredo Gobbi, Anibal Troilo, Horacio Salgan or Astor Piazzolla. Despite the considerable variety of styles presented by the aforementioned composers, the album is a closed, coherent whole, and it is listened to as a story with it's necessary elements of introduction, development and ending. The musicians from Bandonegro invited Uruguayan vocalist Andres Martorell to cooperate. By adding new, fresh arrangements of existing pieces, they created a project with no expiry date. Undoubtedly, Bandonegro's trip to Buenos Aires in 2019 had an impact on the interpretations of the works present on the album. The experience gained during that tour resulted in new ideas, one of which was recording this album. 'Traditional tango is an inseparable element of Argentine culture, based on a strong relationship between music and dance. As musicians dealing with this genre, we want to cultivate these traditions, as evidenced by the album Tangostoria.' The album was recorded six months after Bandonegro's trip to Buenos Aires.