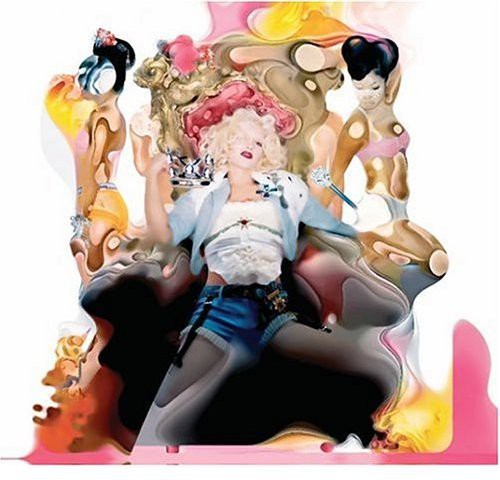 With this project Gwen Stefani has enlisted some of the biggest names in music such as Dr. Dre, Eve, the Neptunes, Andre 3000, Nellee Hooper, Dallas Austin, Jimmy Jam, and Terry Lewis to create a genre bending masterpiece that is guaranteed to be one of the most talked about records of this year and beyond.

''Love. Angel. Music. Baby.'' is the debut studio album by American recording artist Gwen Stefani, released in the United States on November 23, 2004 by Interscope Records. The album originally began as a small side project for Stefani, eventually growing into her first solo album following her break from the band No Doubt, as well as a large production with numerous musical collaborations and producers. ''Love. Angel. Music. Baby.'' was designed as an updated version of a 1980s music record, and was influenced by artists such as early Madonna, New Order, Cyndi Lauper, Depeche Mode, The Cure, Lisa Lisa and Cult Jam, Debbie Deb, and Club Nouveau. Most of the songs on the album are thematically focused on fashion and wealth. The album introduced the Harajuku Girls, four backup dancers who dress in Stefani's interpretation of the youth fashion trends of Harajuku, a district in Tokyo, Japan.