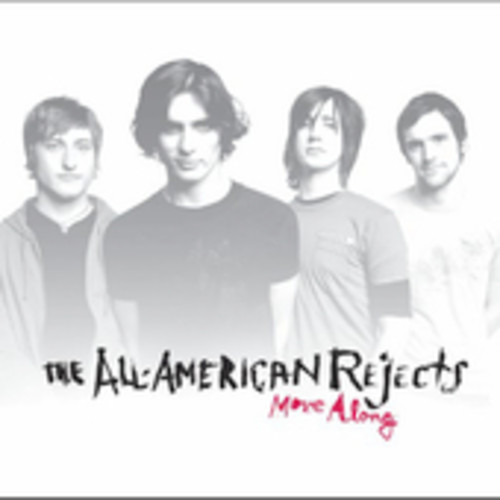 With their new album MOVE ALON, the All-American Reject's unleash the much-awaited follow up to now their now Platinum plus self titled debut. Features the smash hit single "Swing, Swing."

Weezer have spawned a jillion interchangeable self-deprecating boys in Buddy Holly glasses with bubblegum-sticky songs, but few stand out like the All-American Rejects, Oklahoma kids who've been rocking the suburbs since junior high. "Swing Swing," a bittersweet ode to unrequited crushes from their self-titled 2003 debut, put them on the map. Move Along has the potential to keep them there.

Their latest is chock full of songs that are strong enough to stick in your head, yet gentle enough to soundtrack an O.C. plot twist. What makes AAR stand out from the pomaded pack is their clever employment of harmonies on tracks like "Dance Inside," which are power-pop choirboy perfect, not just the constant sound of One Man Whining. They build an emo wall of sound as carefully as a teen hangs posters in his bedroom. Among the nicer flourishes: the Bay City Rollers drumbeat opening "Night Drive," the baroque strings on "Can't Take It" and the acoustic guitars on "Straitjacket Feeling." Move Along is as tried and true as jeans and Converse, the soundtrack to the imaginary John Hughes films playing inside the head of even the most hardened cynic. Don't hold it against them.