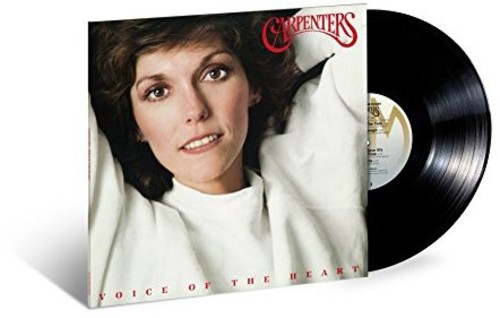 Voice Of The Heart [180 Gram]
Artist: Carpenters
Format: Vinyl
New: OUT OF STOCK. Contact us for availability!
Wish

Limited 180gm vinyl LP pressing of this album from the soft pop duo. Voice of the Heart is the eleventh album by The Carpenters. It was released in 1983 after Karen's death and contains the two songs from her final recording sessions, "Now" and "You're Enough", as well as previously unreleased tracks from sessions over the years. Karen's last recording, "Now", was recorded in April 1982 while Karen was taking a break from medical treatment in New York and had temporarily returned to California. The song was recorded in one take. The Carpenters produced a distinct soft musical style, combining Karen's contralto vocals with Richard's arranging and composition skills. During their 14-year career, the Carpenters recorded ten albums, along with numerous singles and several television specials. Their career together ended in 1983 following Karen's death from heart failure brought on by complications of anorexia.